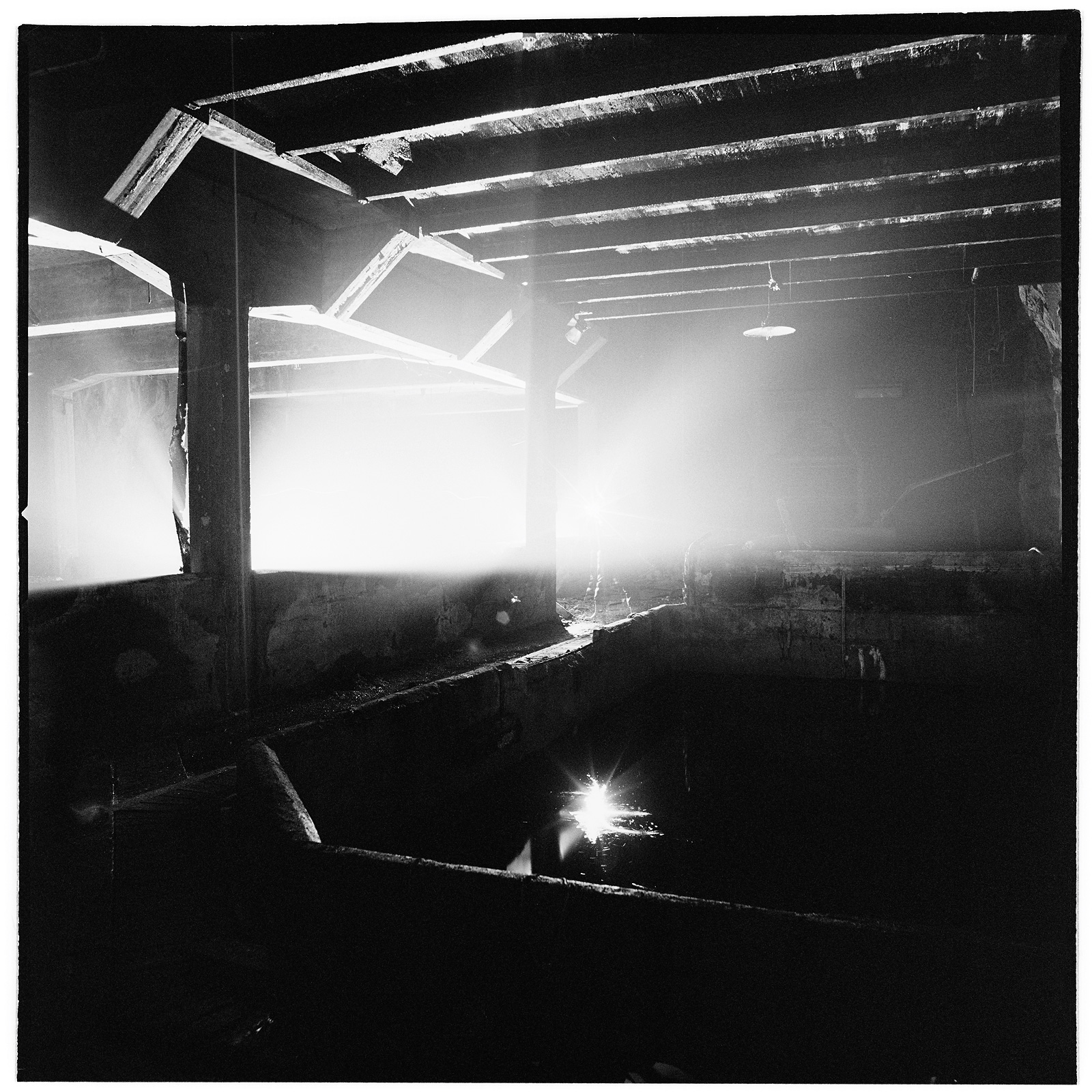 Misty reflections in the acid tank basins. Yours truly doing some moves in the back.
April 2014.

Secured in the bedrock and some distance away from the overground site the first stages of manufacturing the Cordite type gun powder took place. Besides being both obscured and secured by the mountain above the perpetual dampness might have been a positive factor safety-wise. 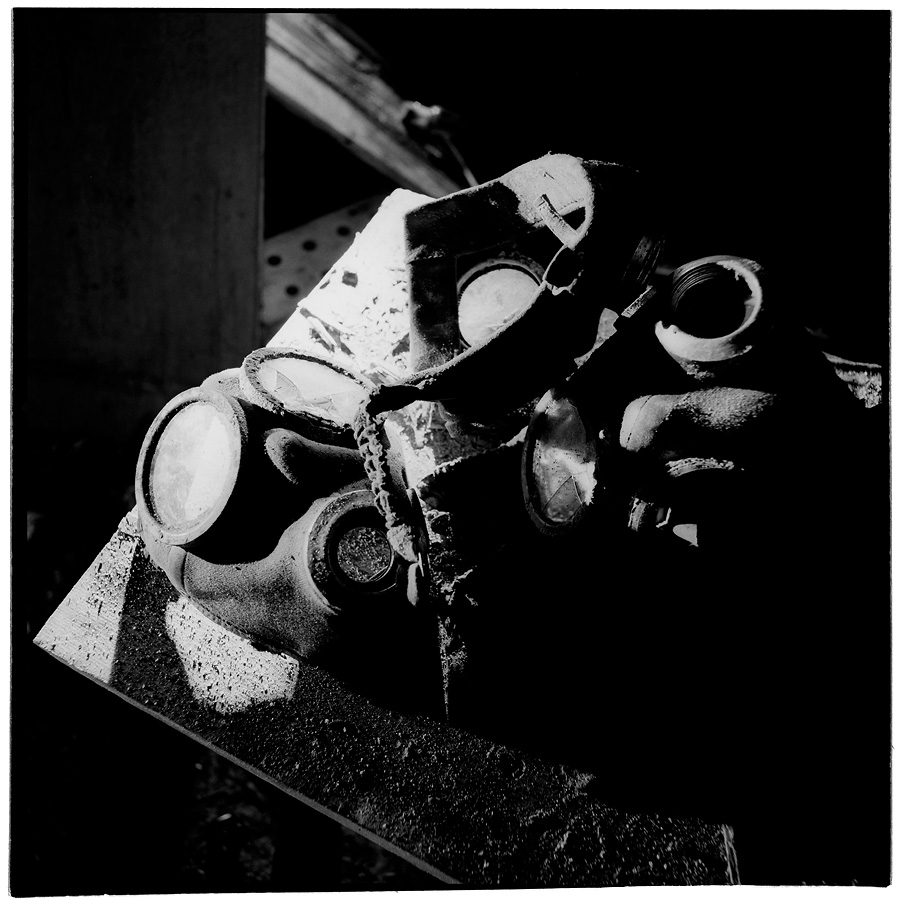 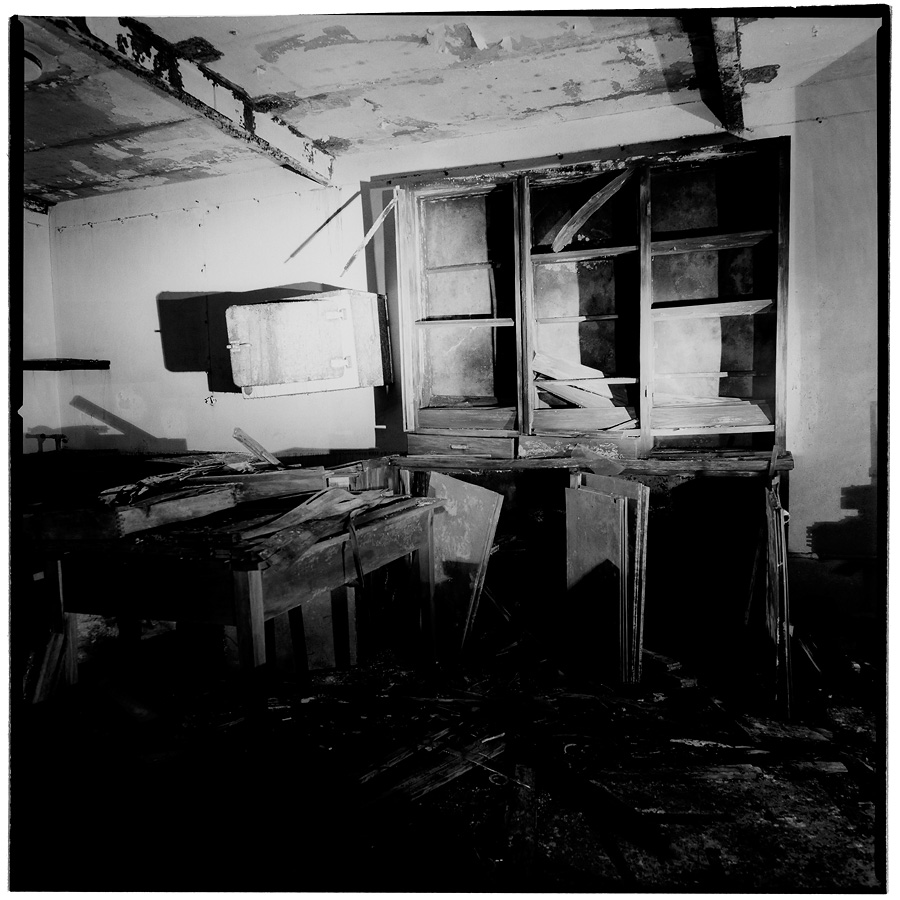 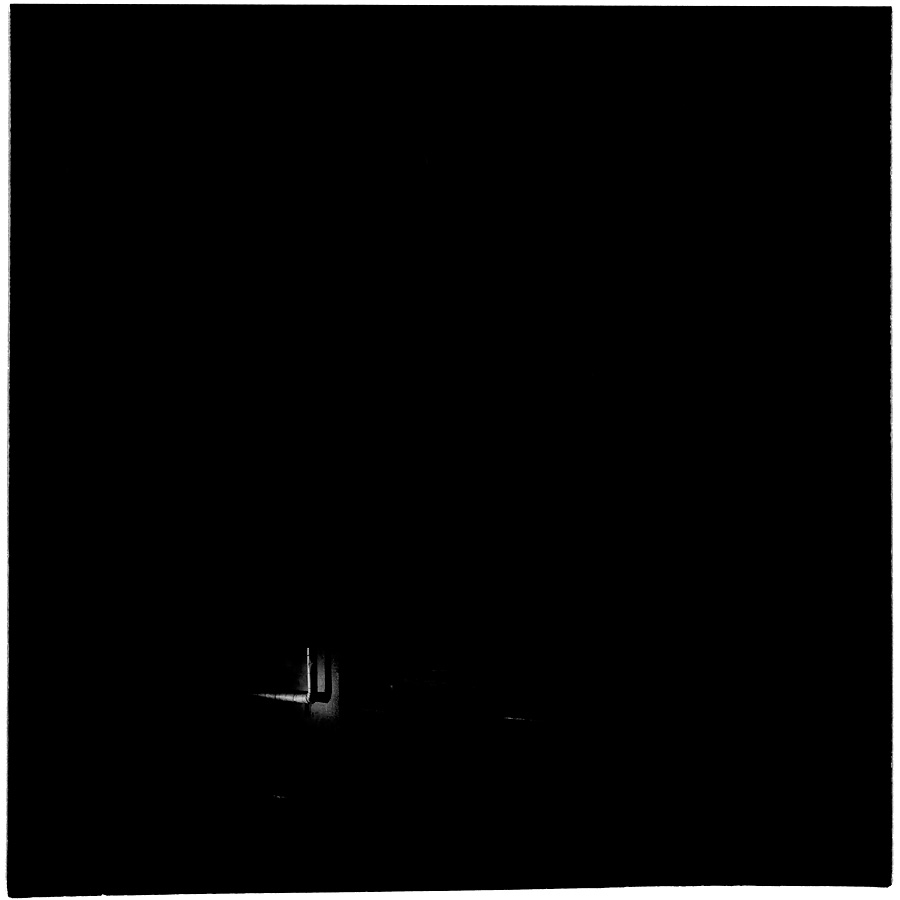 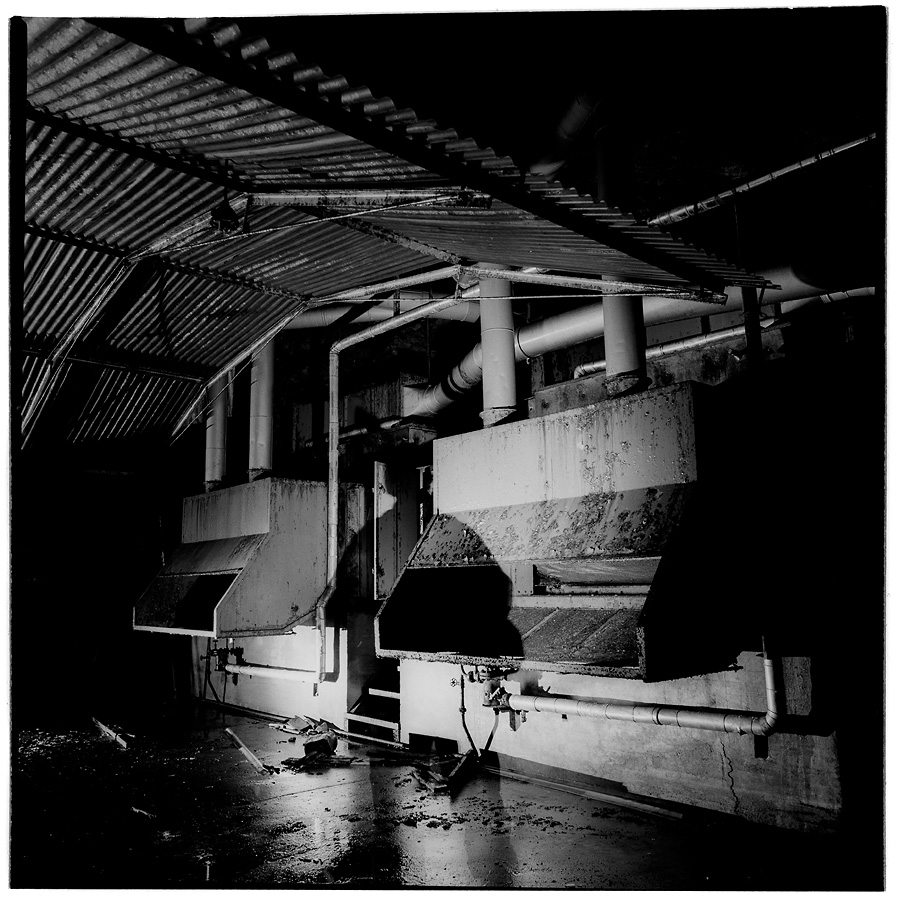 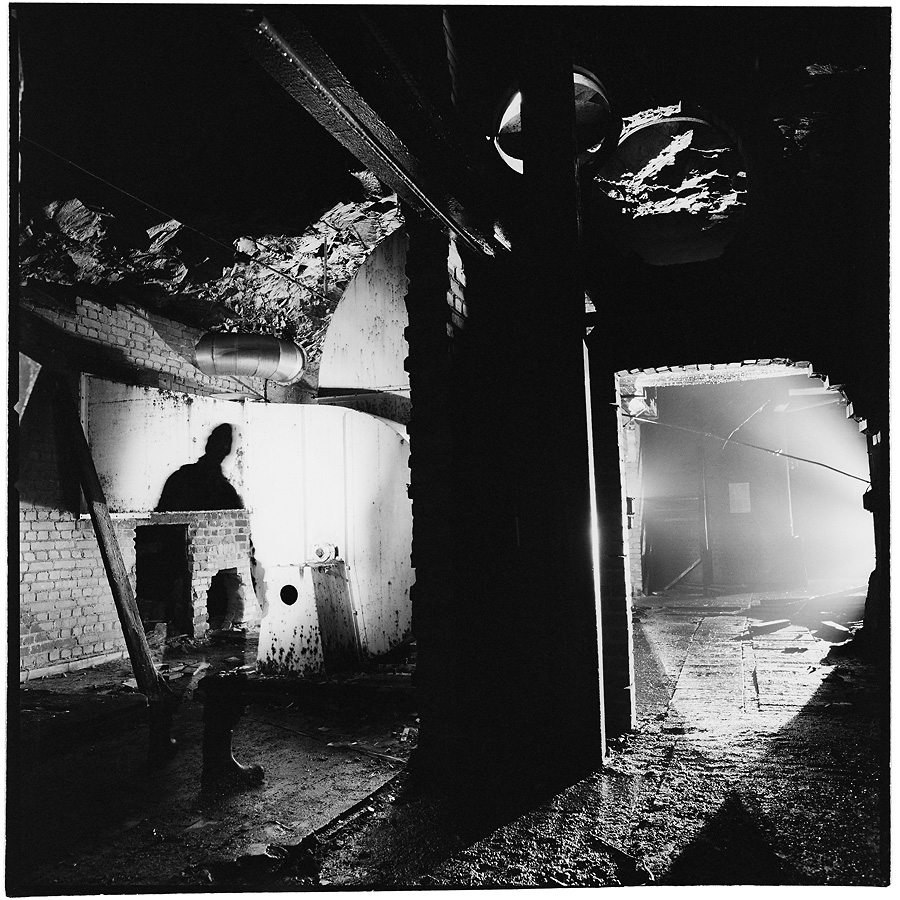 Submountaineous interior. The acid tank basins up ahead.
November 2012. 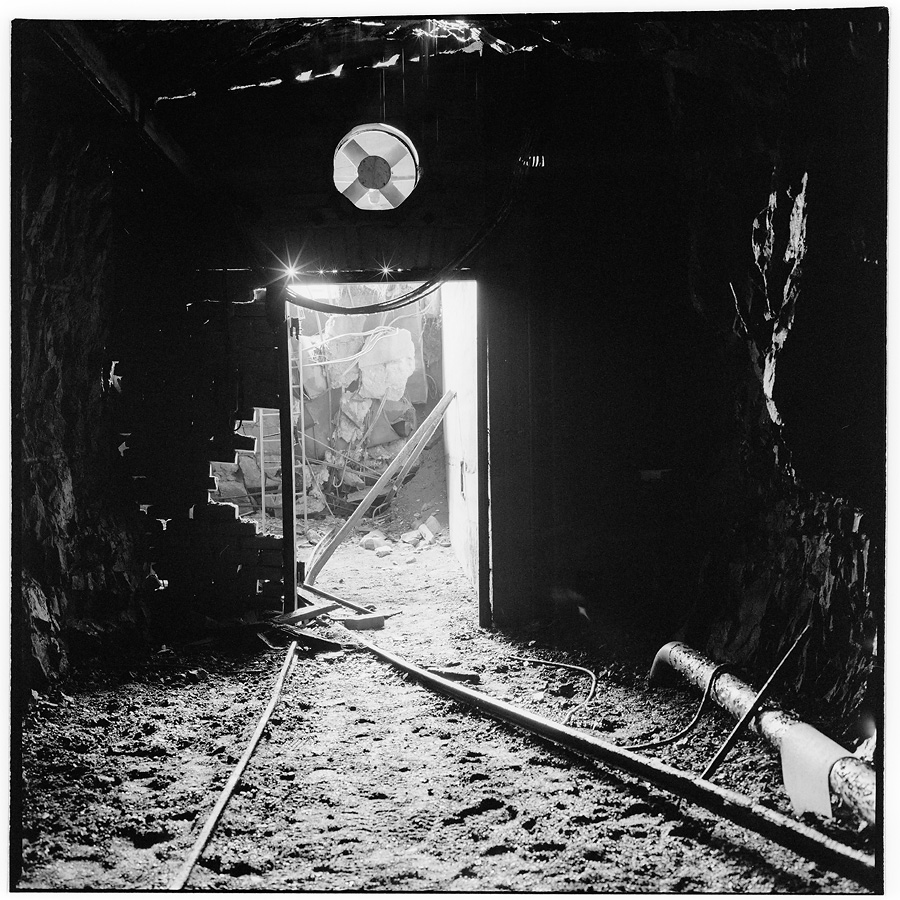 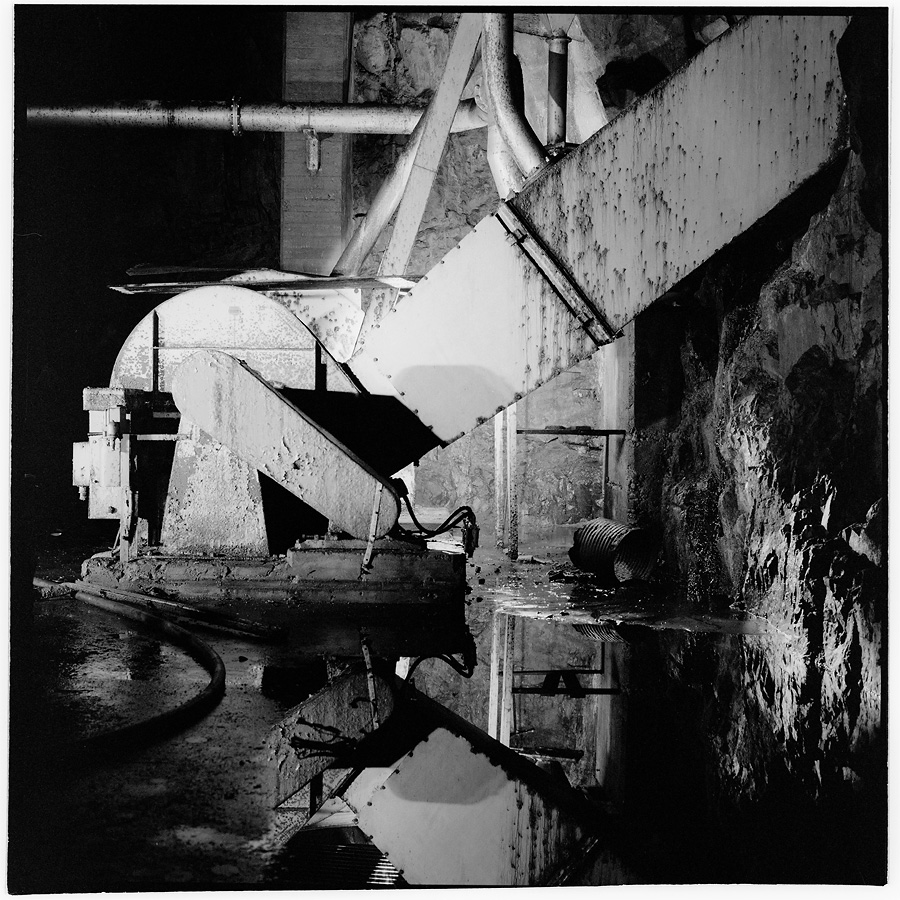 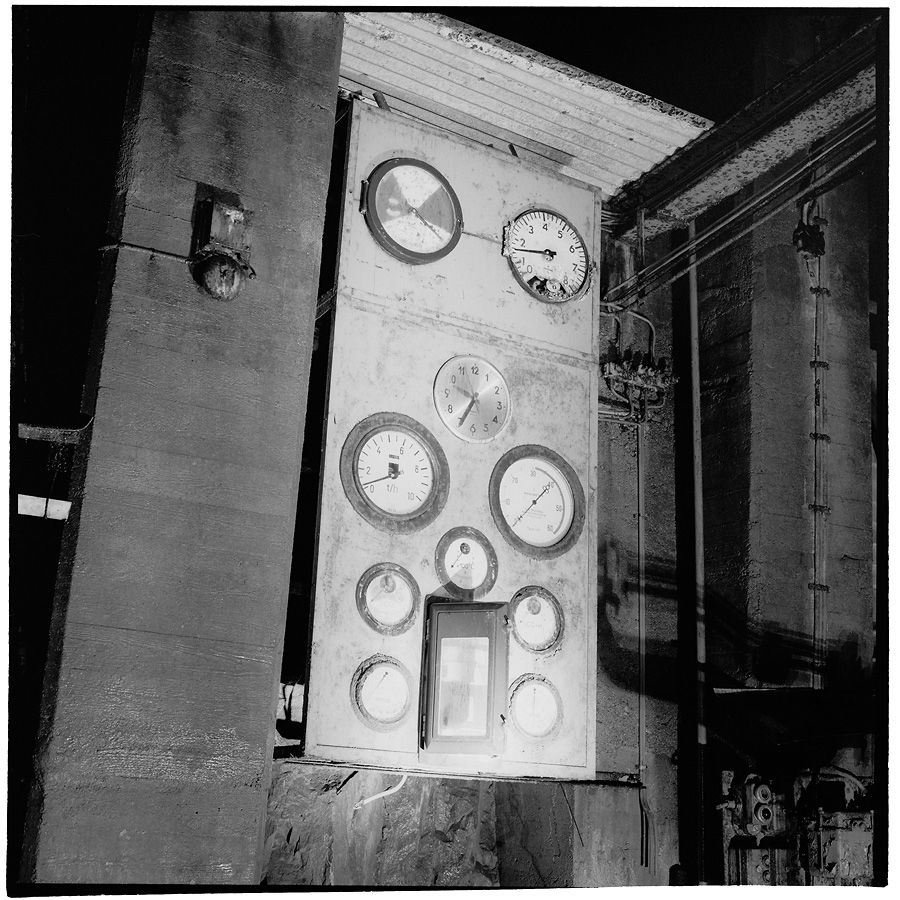 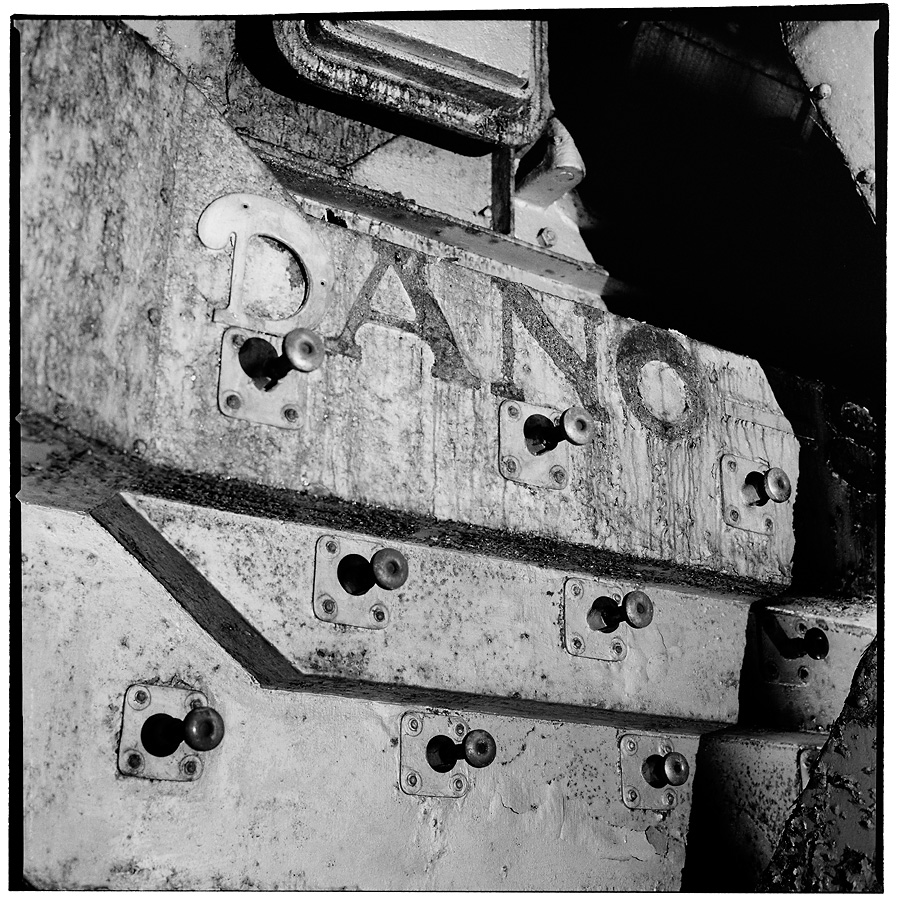 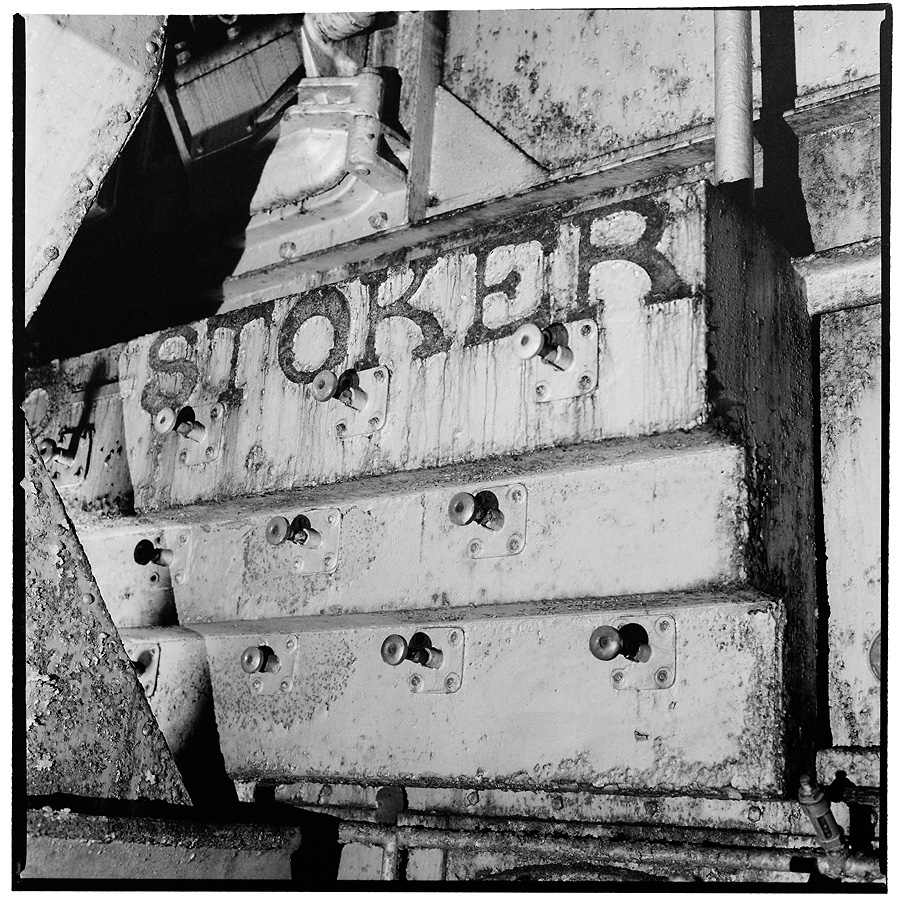 Not too far from the sub-mountain site there's what deceivingly looks like a small village. The scattered buildings contained no dwellers though, but the various secondary stages of the gun powder manufacturing process. 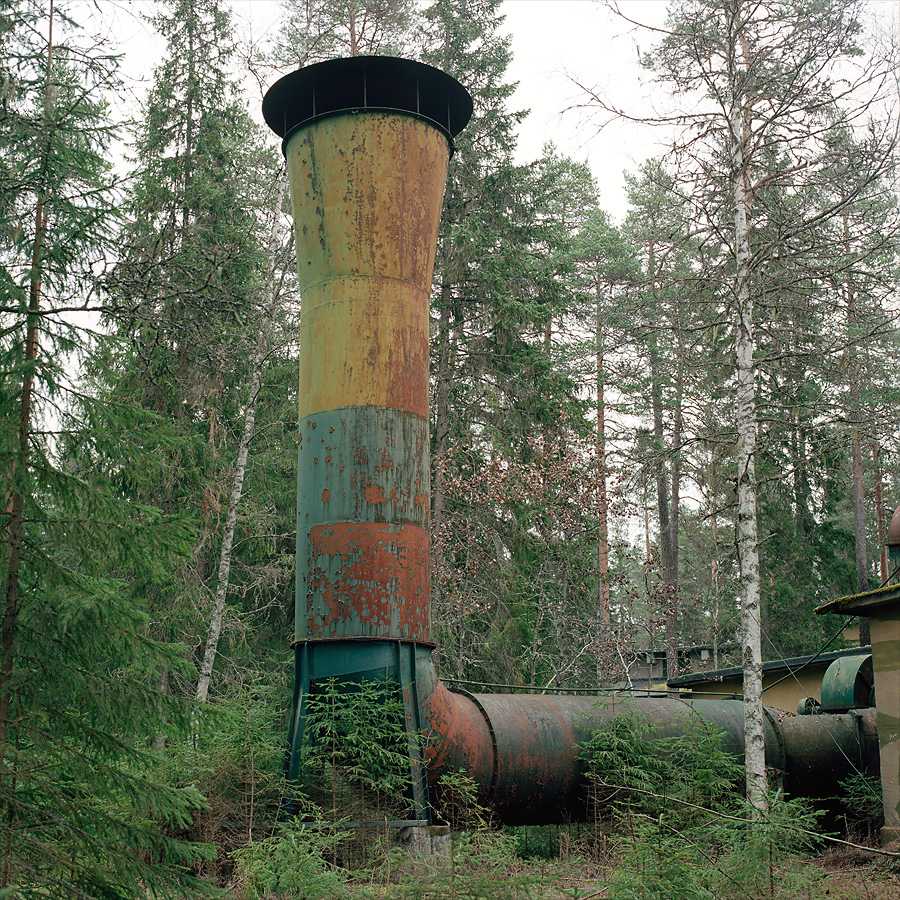 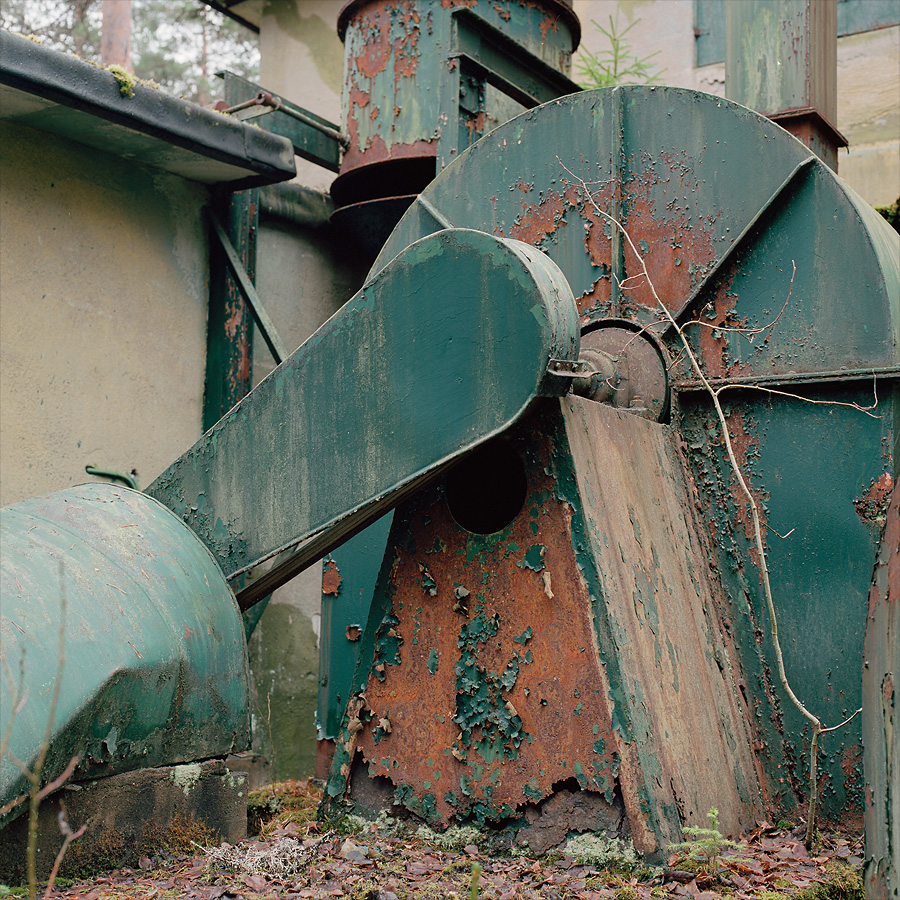 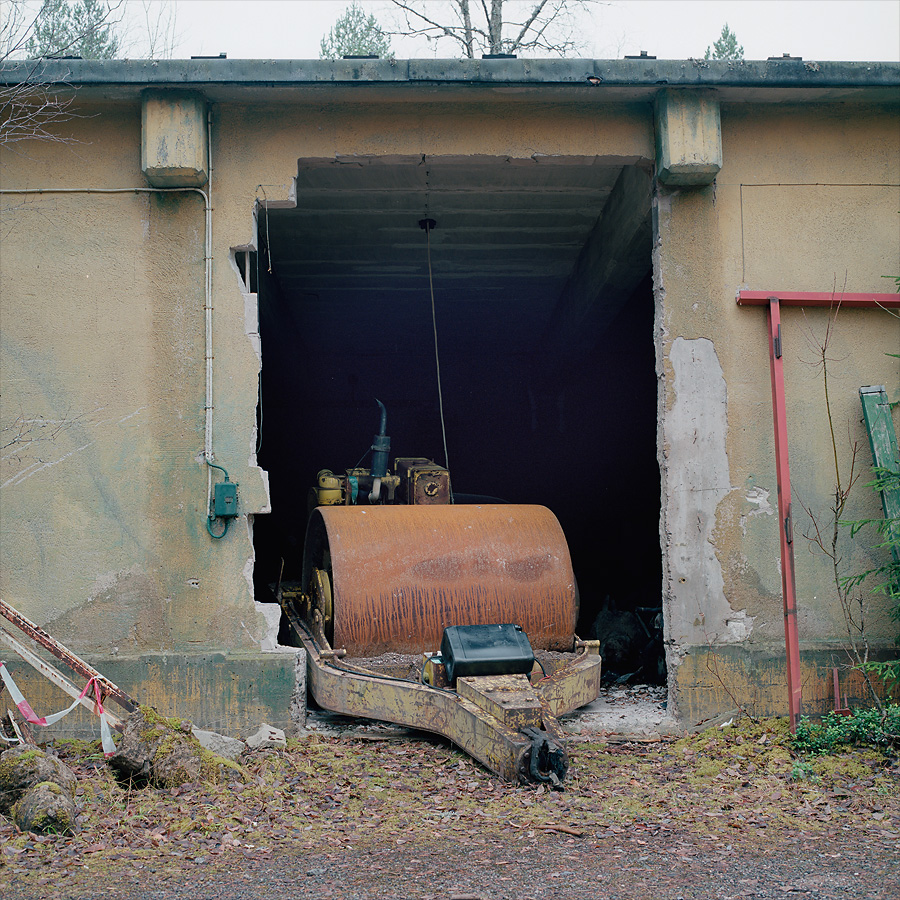 Not sure where this heavy roller came into use when making gun powder, but here it is.
November 2012. 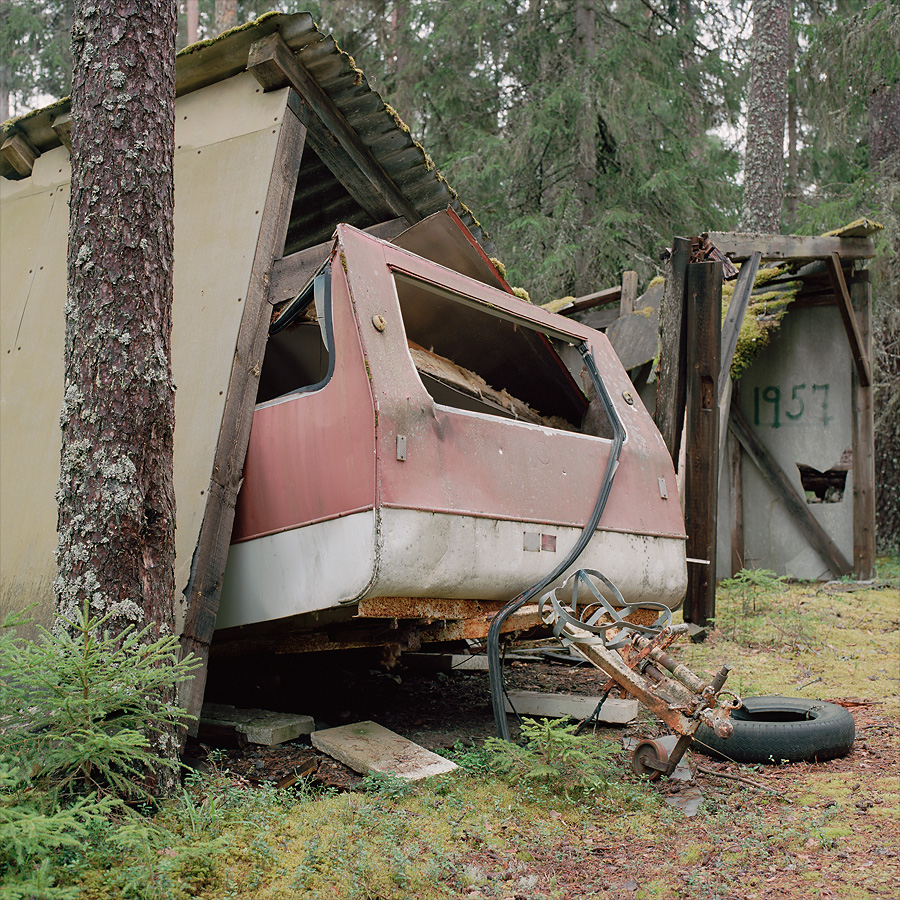 Crash in the camper or camp in the crash, that's the question.
November 2012. 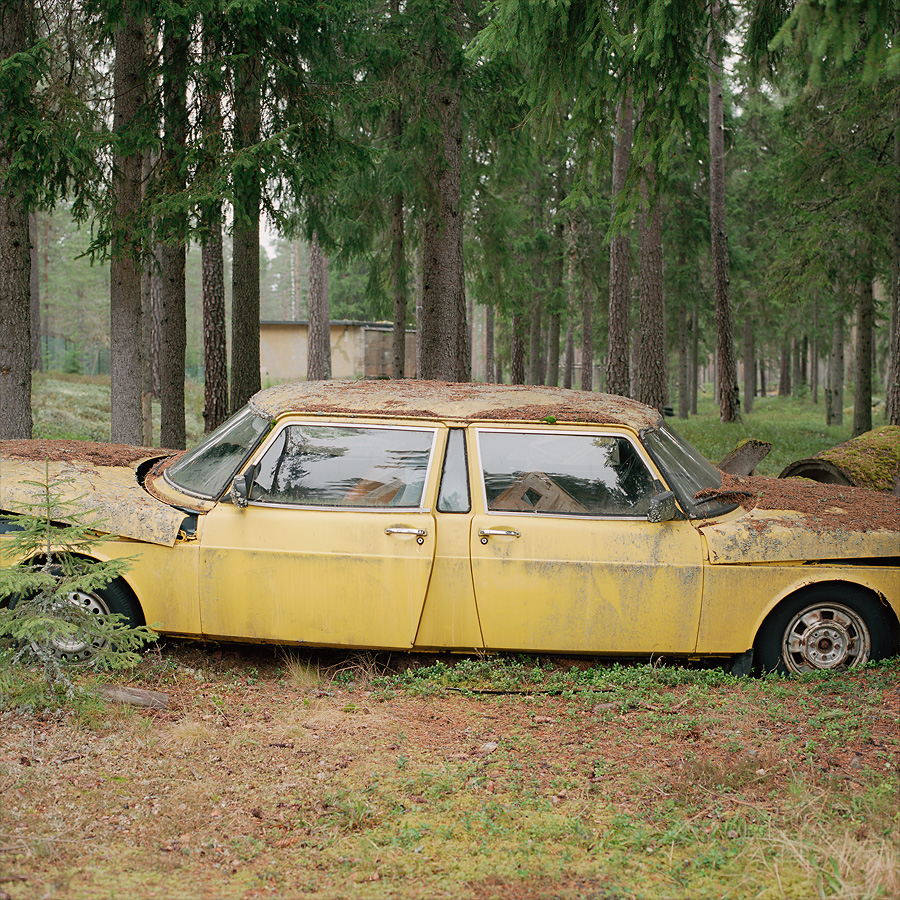 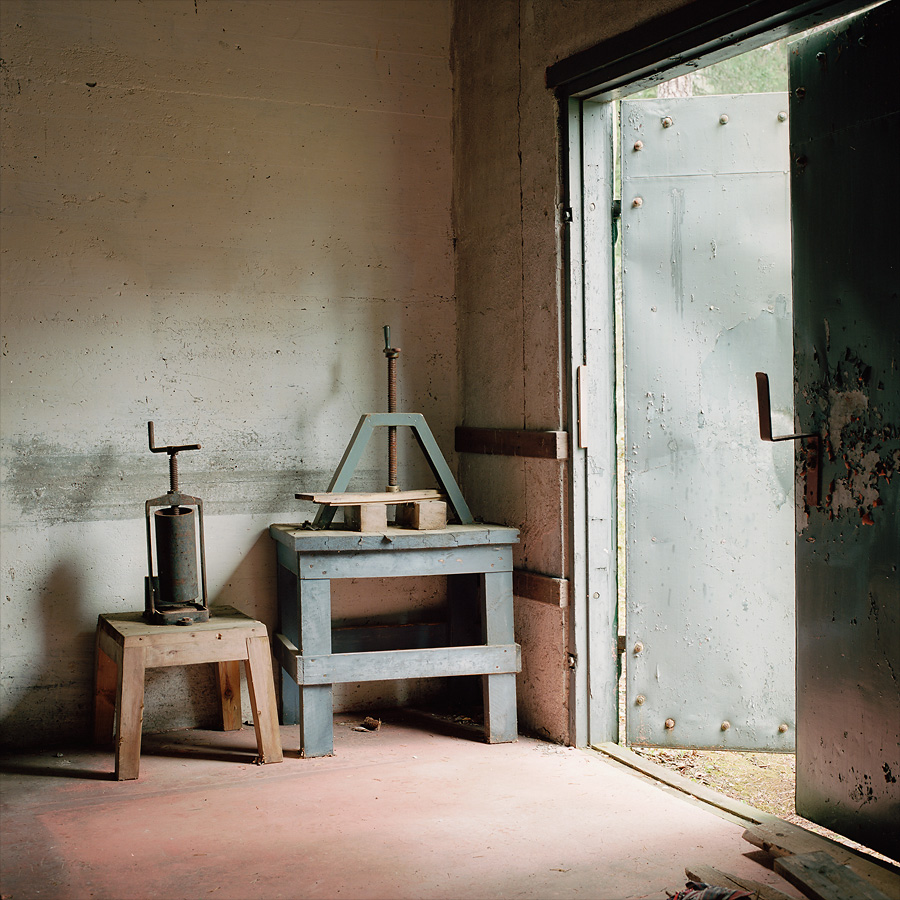 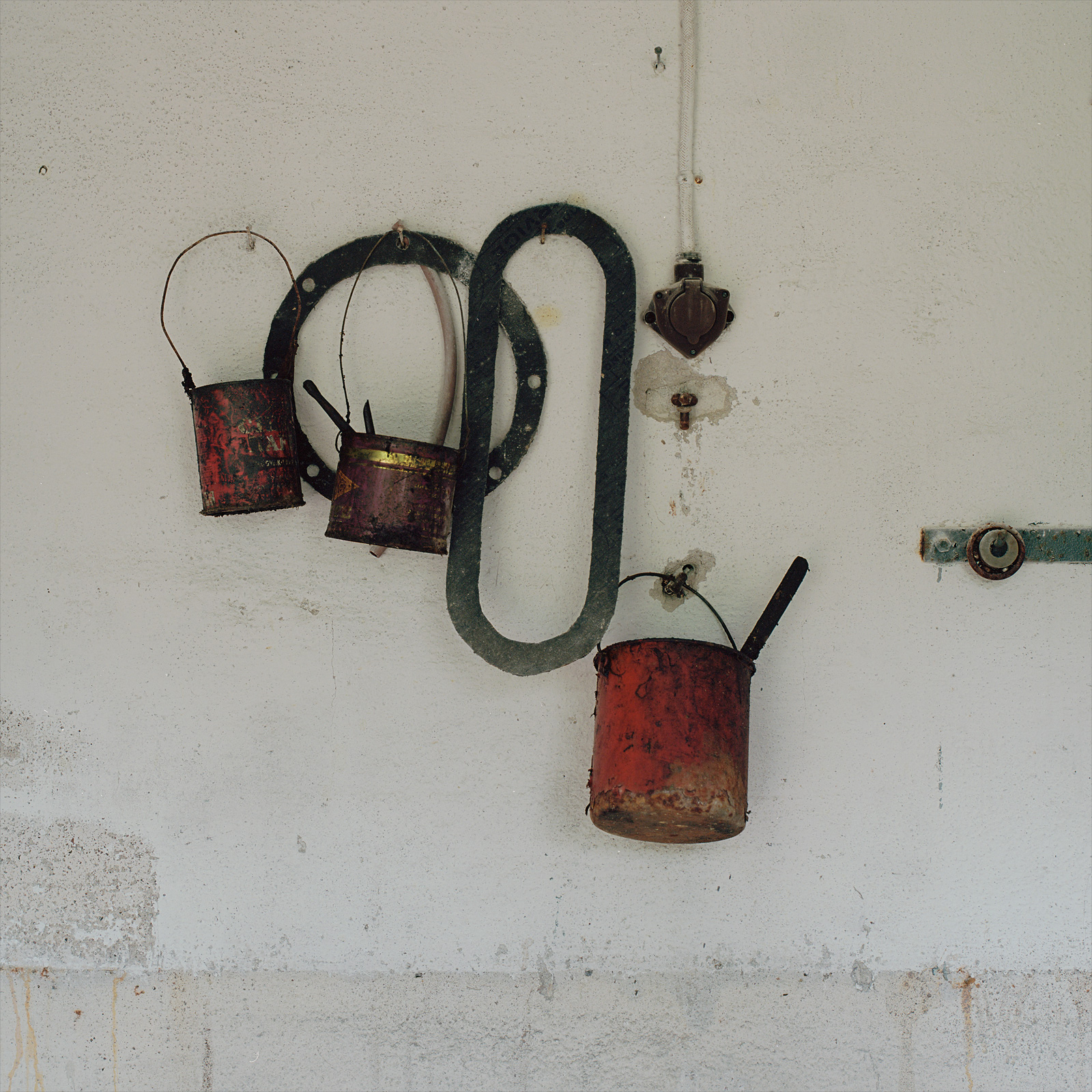 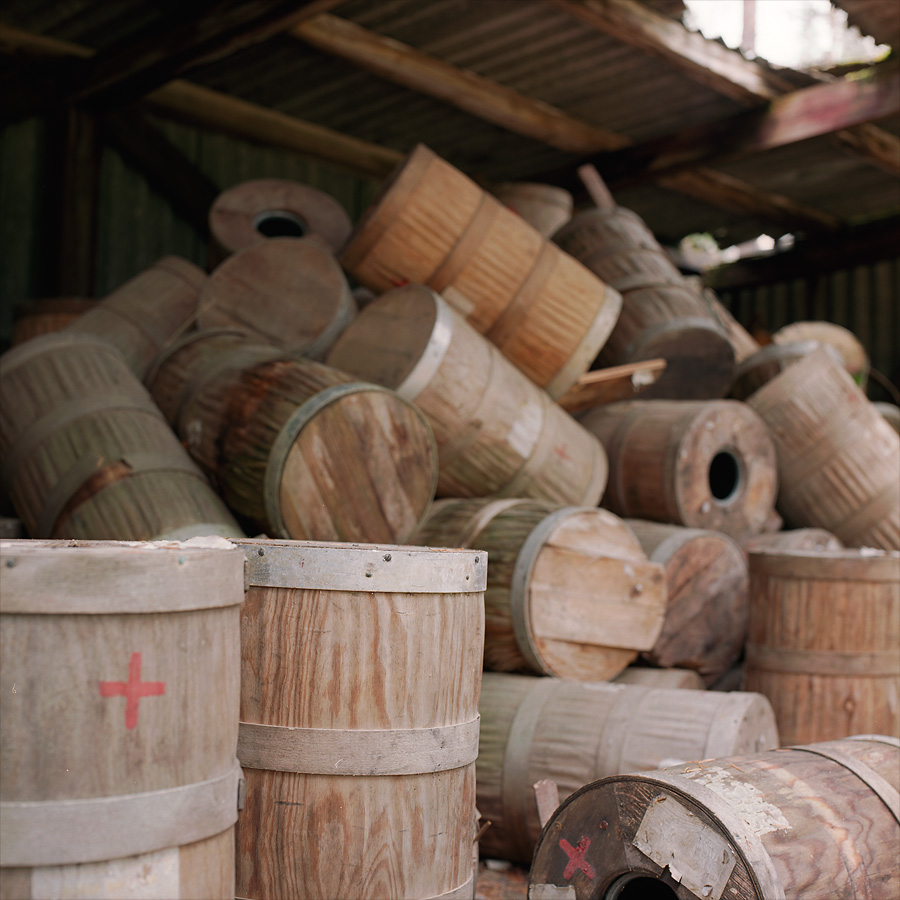 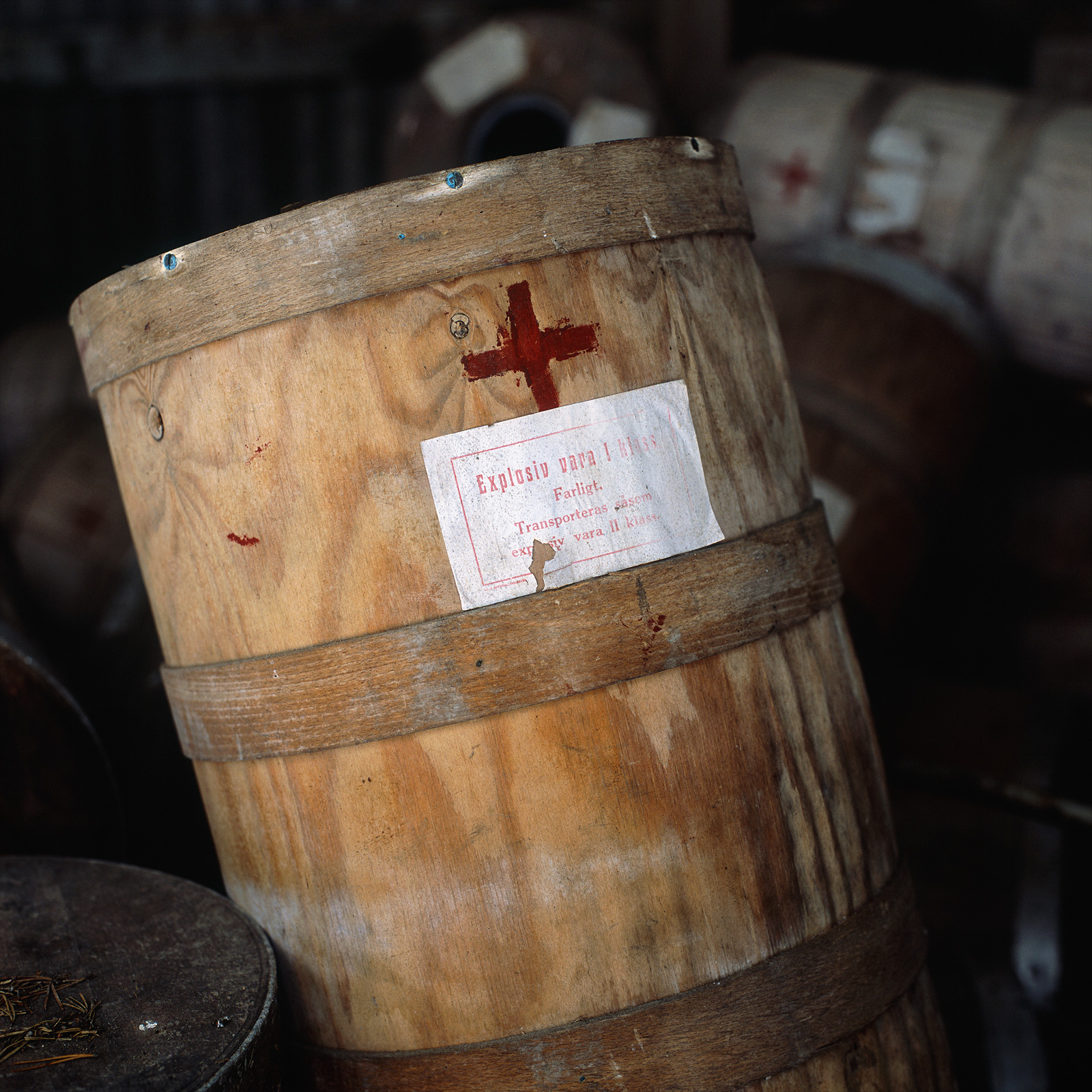 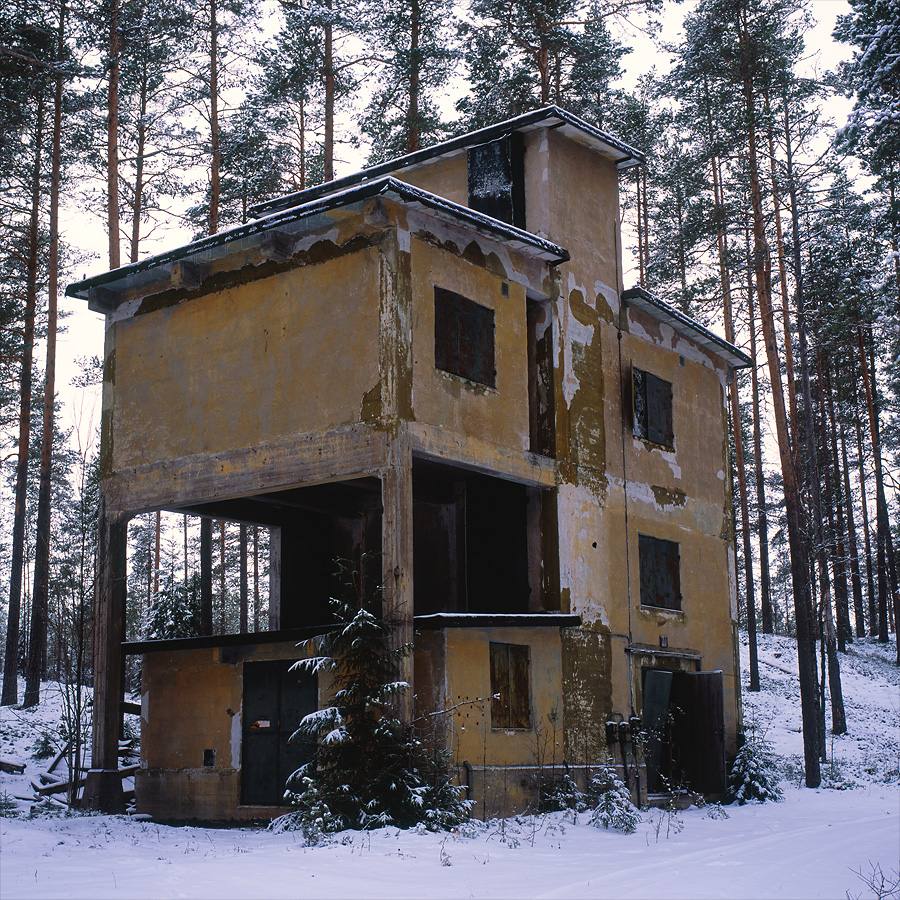 One of the many side buildings in the area.
November 2010. 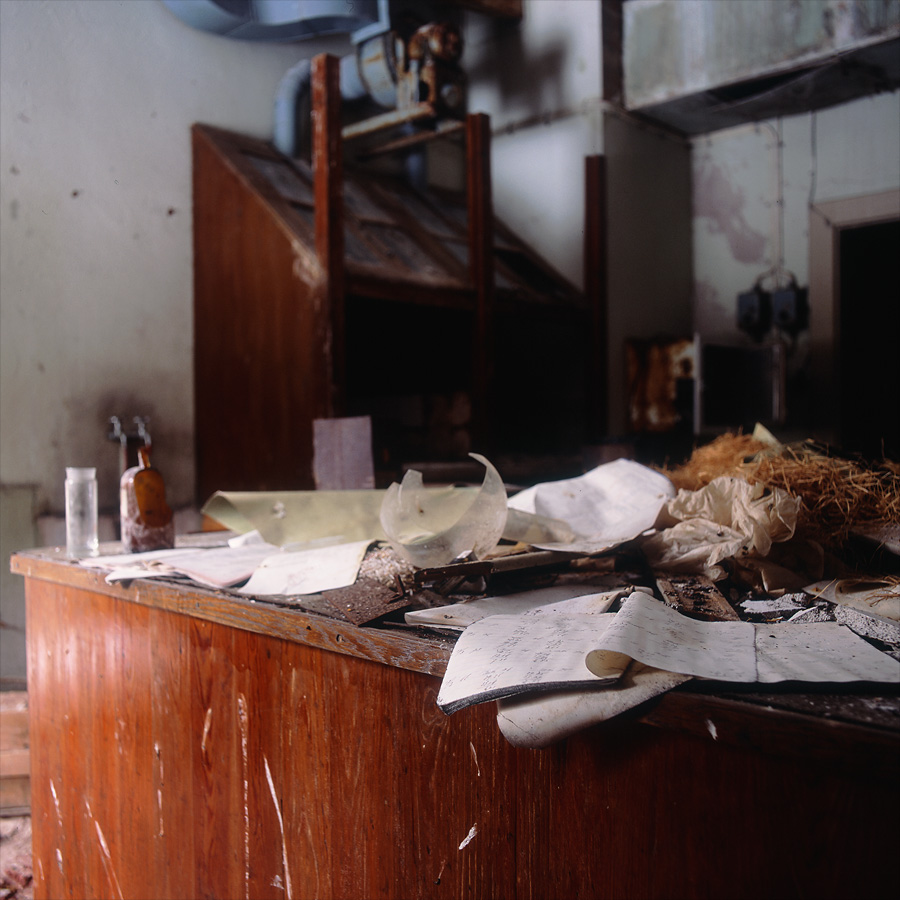 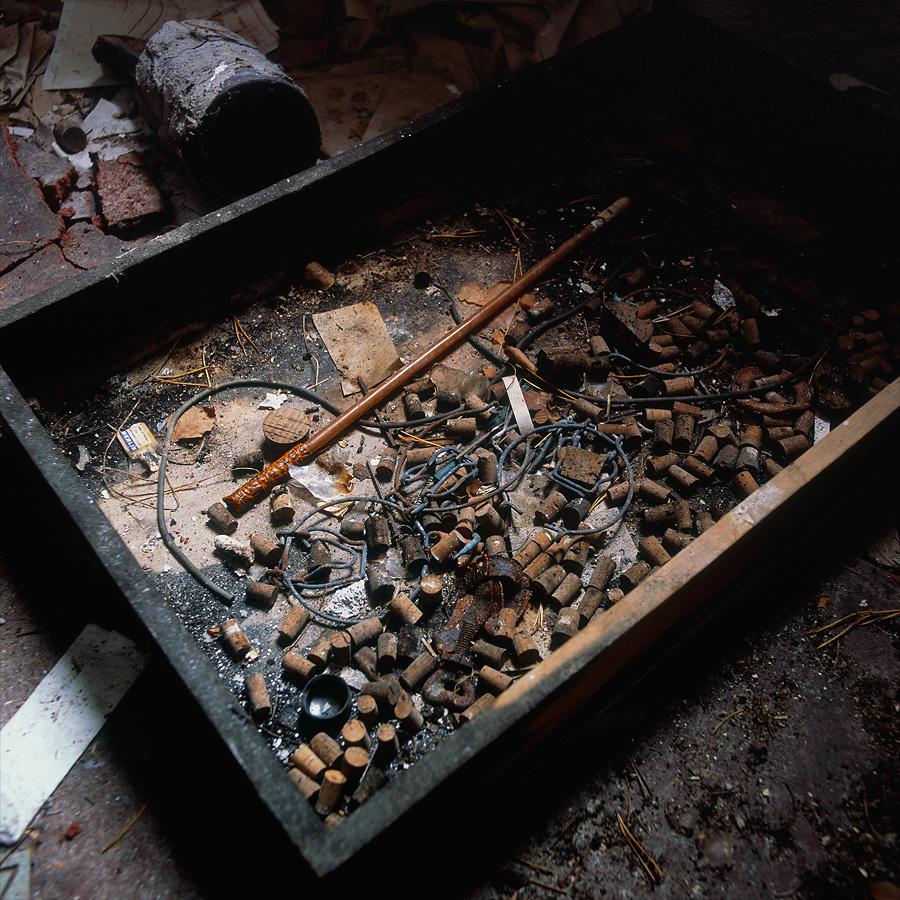 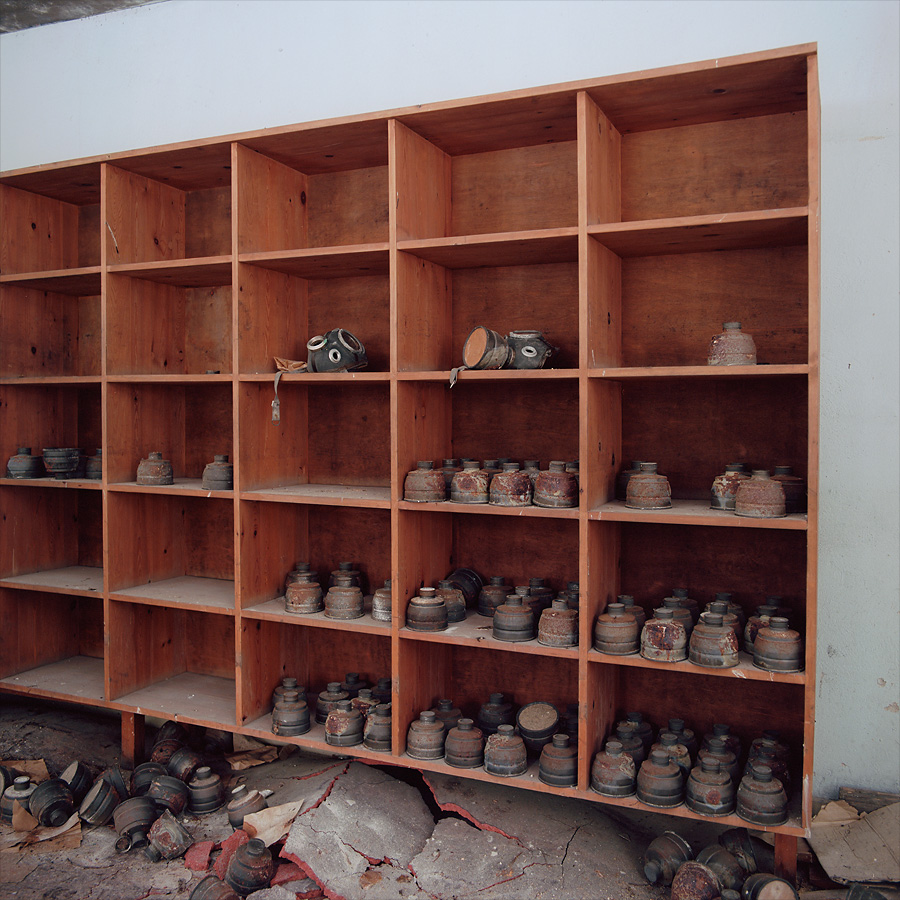 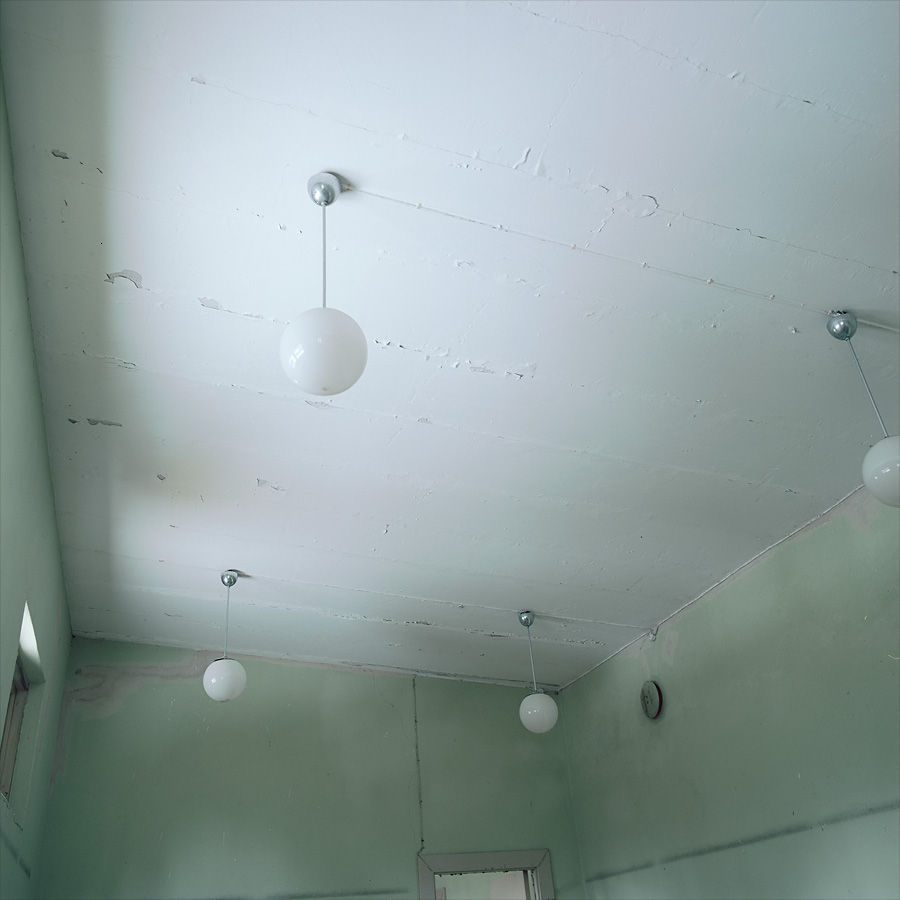 Neat ceiling lights in one of the side buildings. All plundred by now.
November 2012. 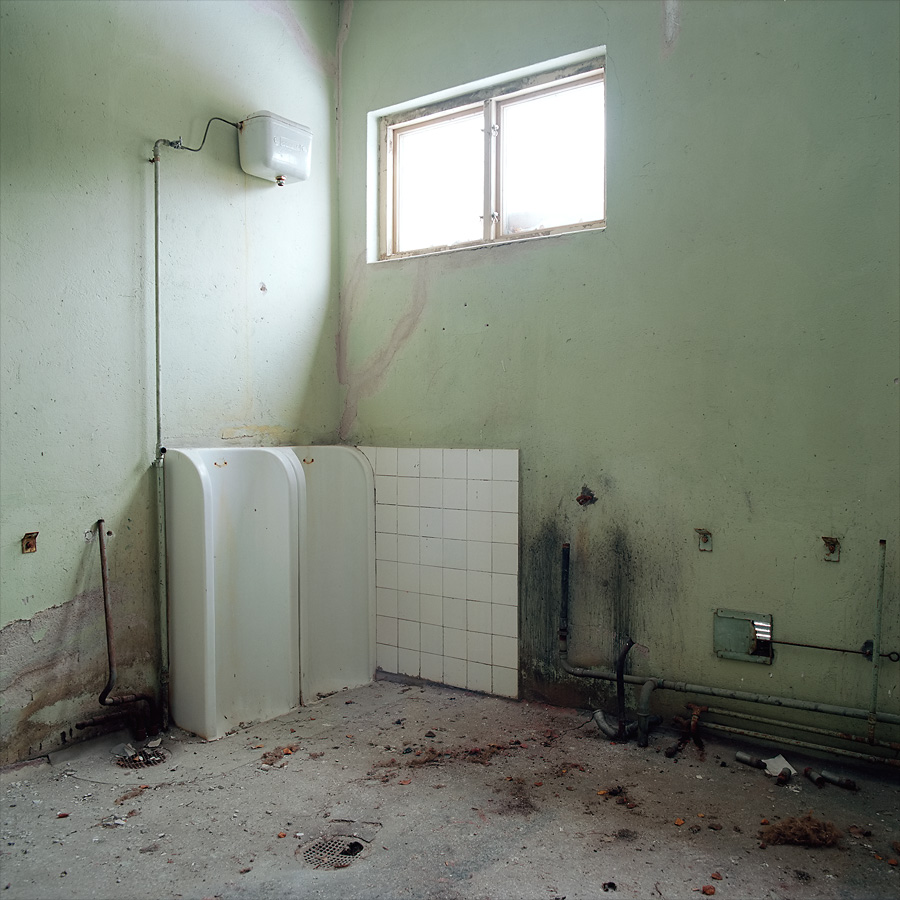 Badfacilities in one of the side buildings.
November 2012. 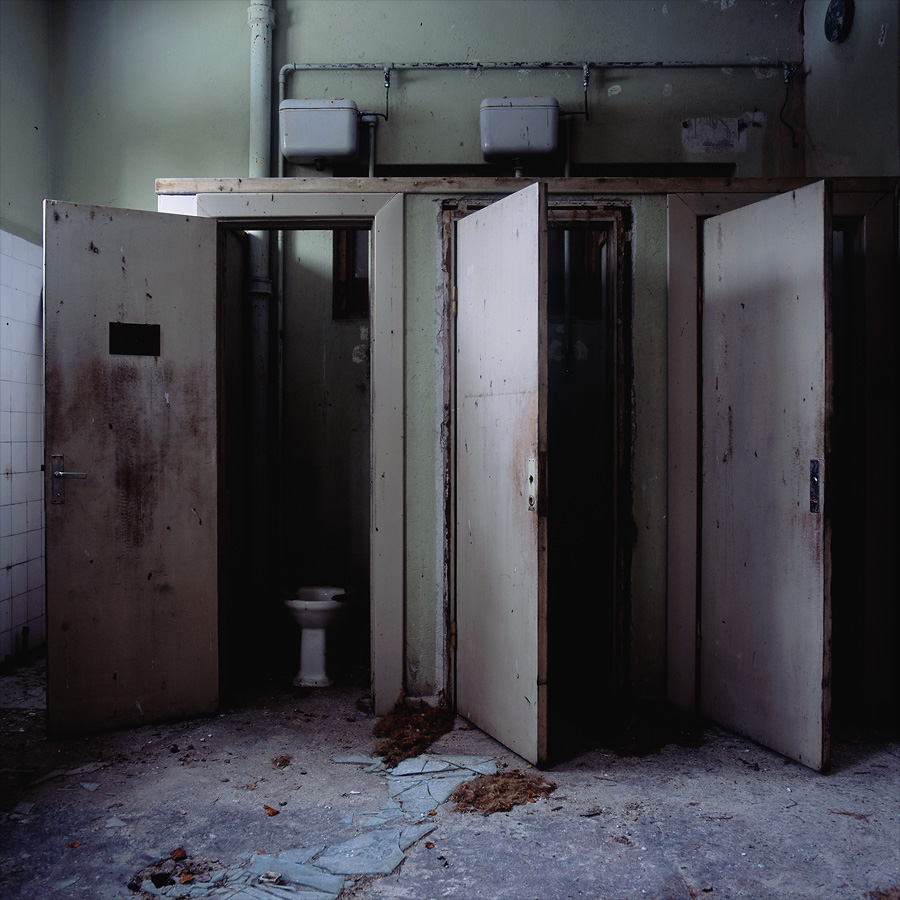 Badtoilets with toilet paper still left in the dispensers. Most likely from the 1940s (the glossy texture was confirmed by my grandmother to be typical for that era)
November 2010.

This gun powder factory supplied the Swedish armed forces with so called Cordite during World War II. The plant consists of two separate sites, Tyfors 1 (overground) and Tyfors 2 (underground). The first stage of the manufacturing process took part inside the mountain and the Cordite was then refined at the overground site. During its active days the factory was highly secretive but is today a very well-known and popular Swedish 'splore. Parts of the lab and the archive has been saved while whatever else left behind is unfortunately often vandalised or has been stolen.