From foes to Friends 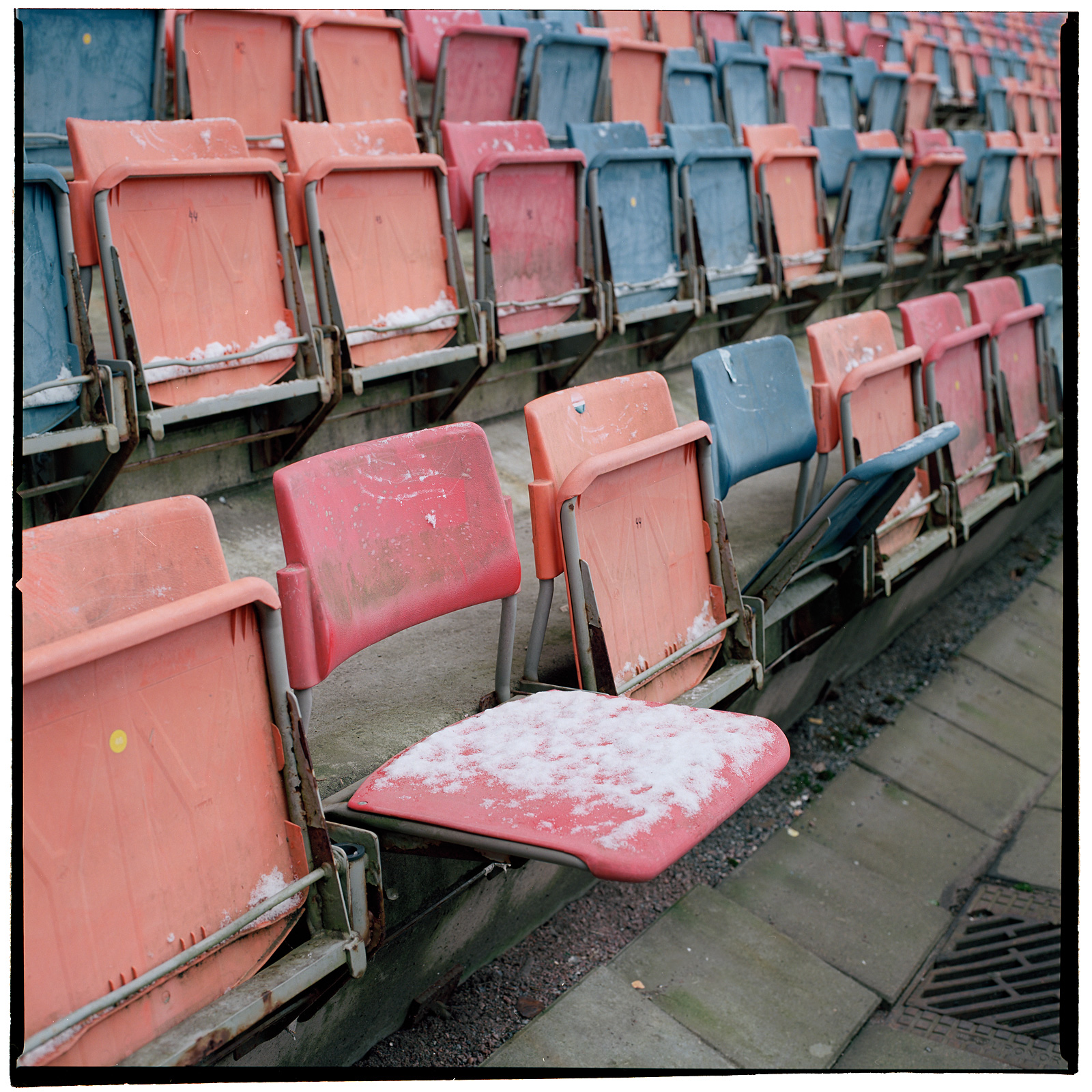 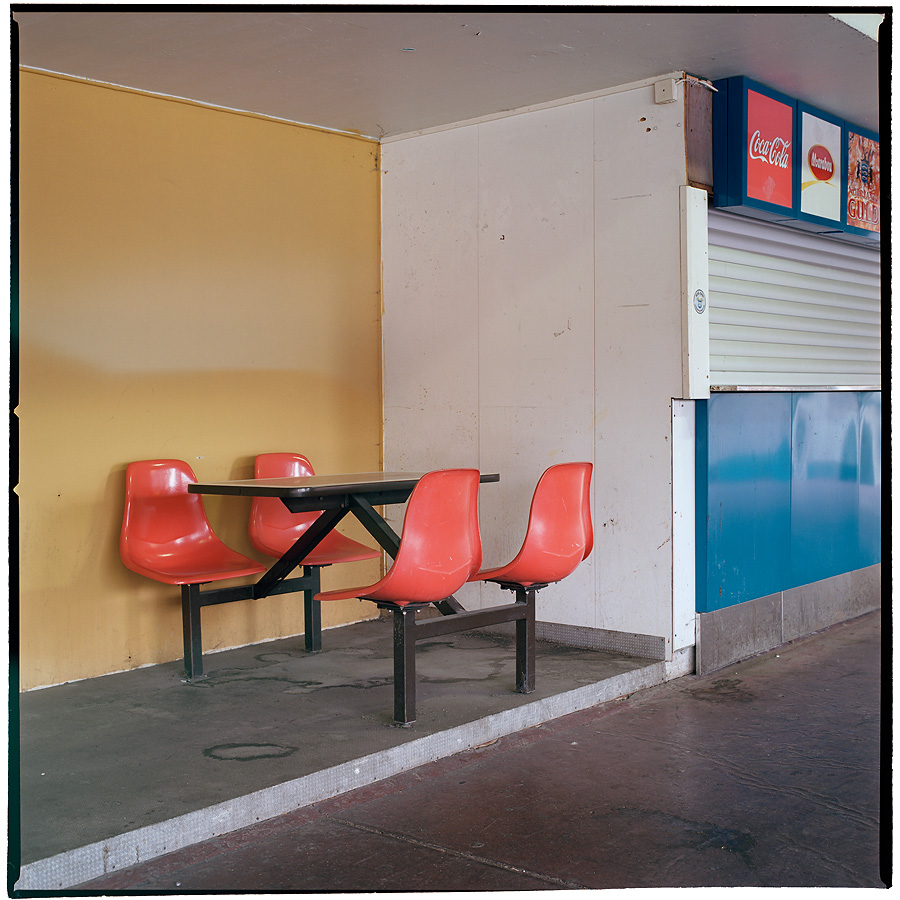 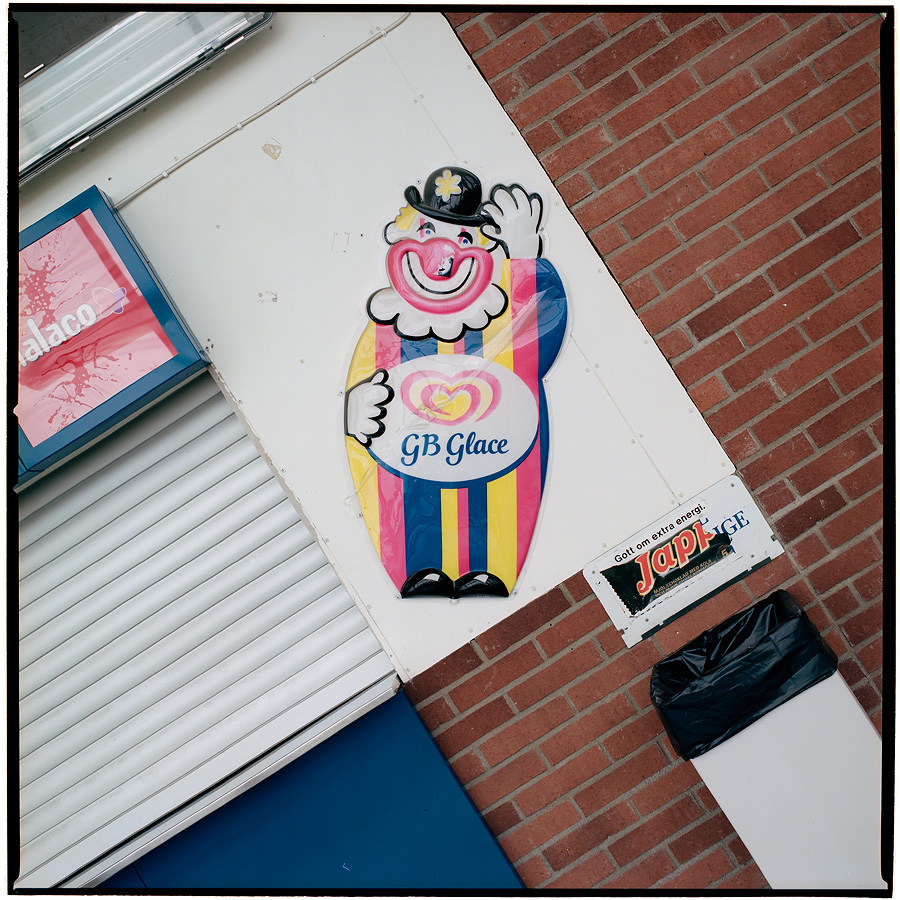 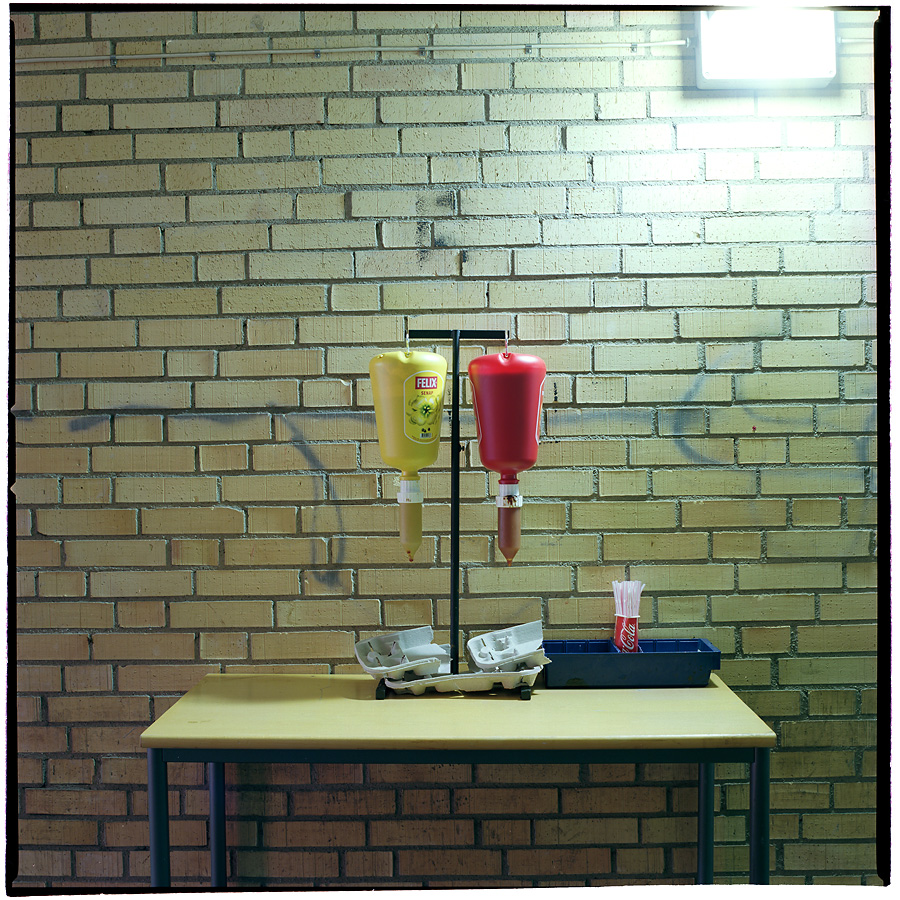 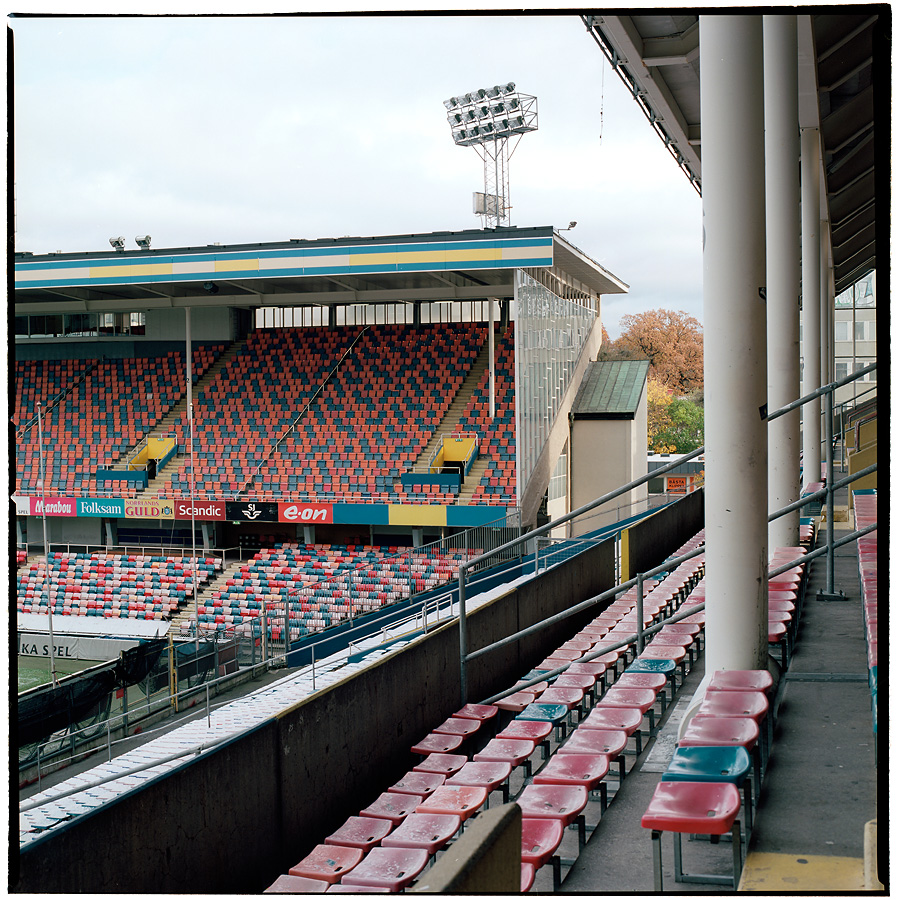 East side in the back, south side in front.
October 2012. 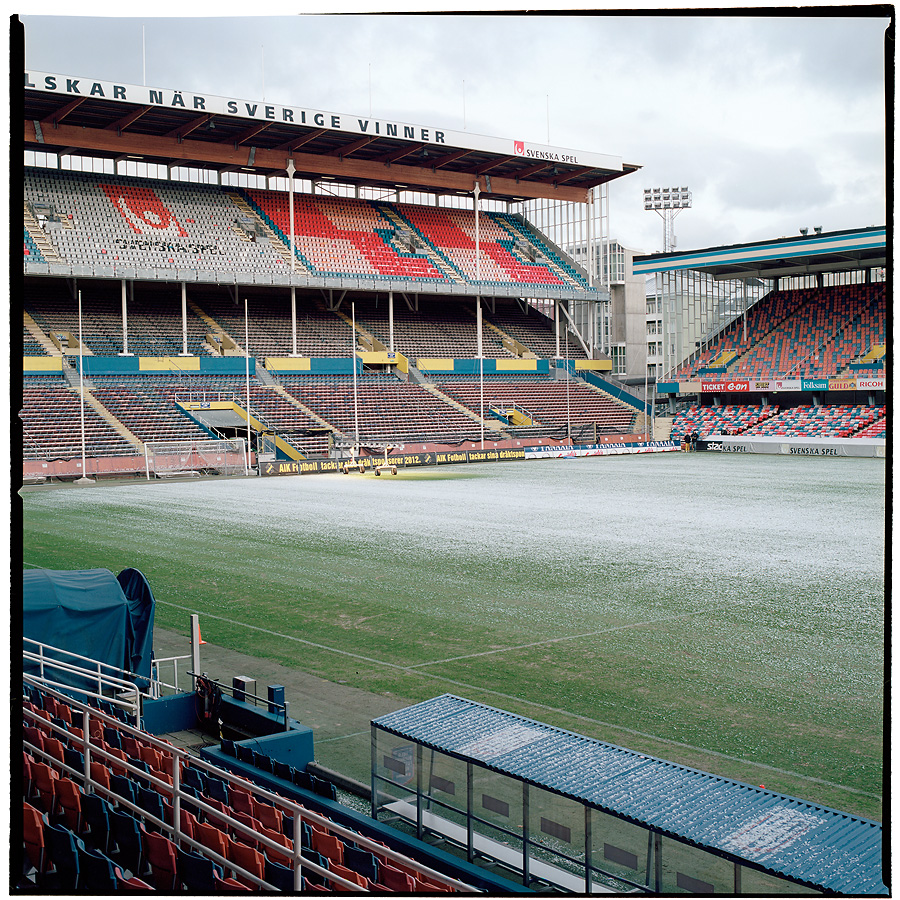 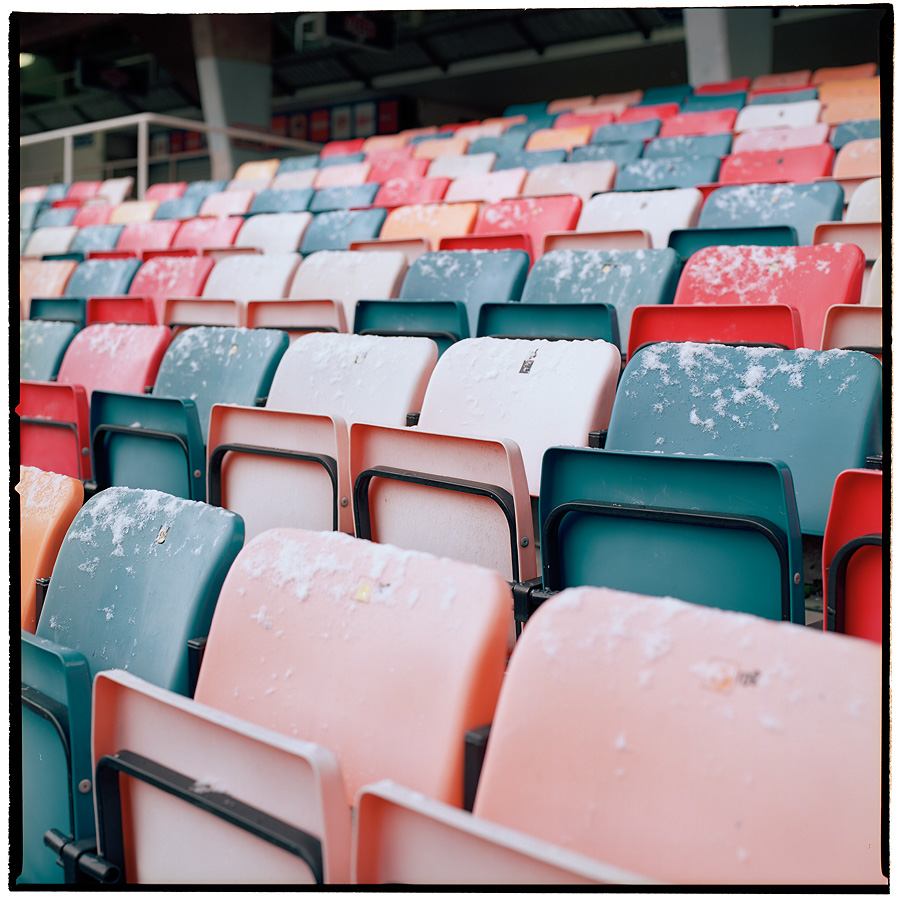 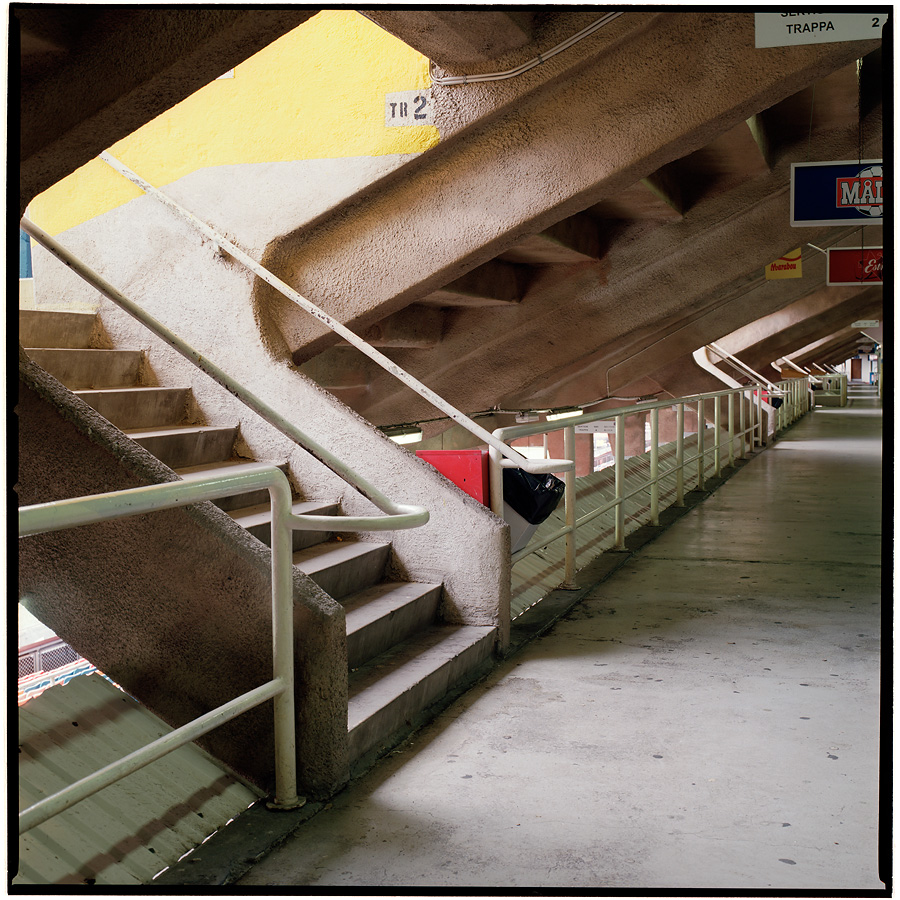 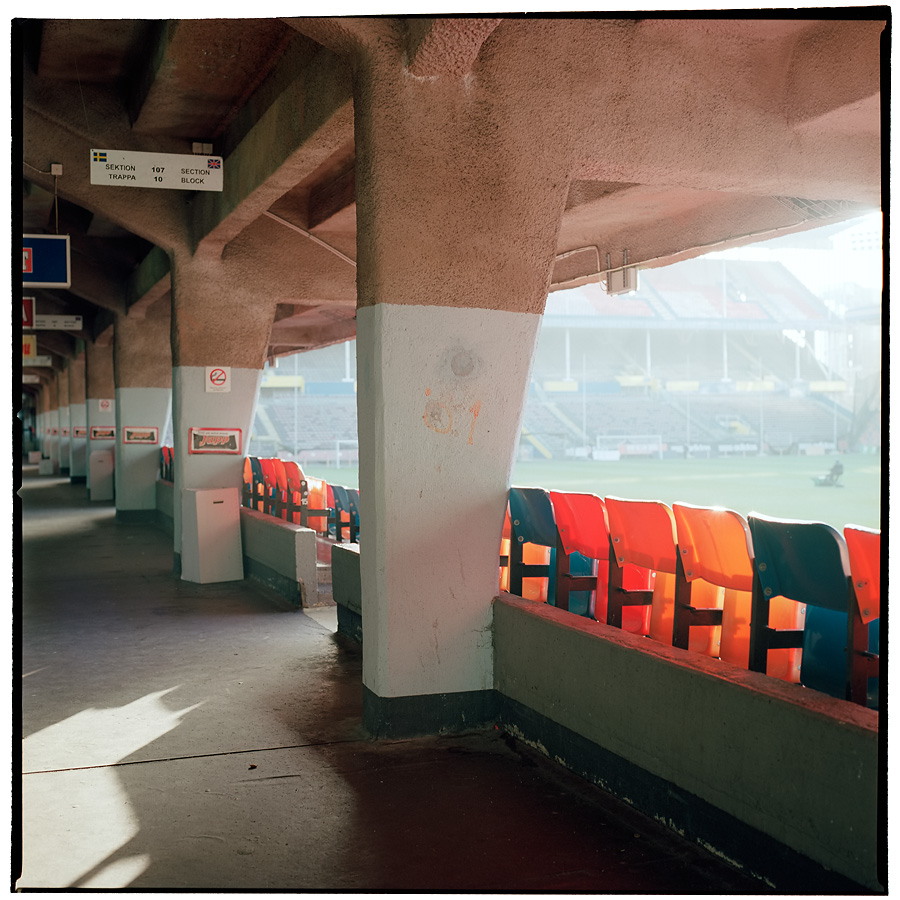 East side morning light. Some mowing going on in the back.
November 2012. 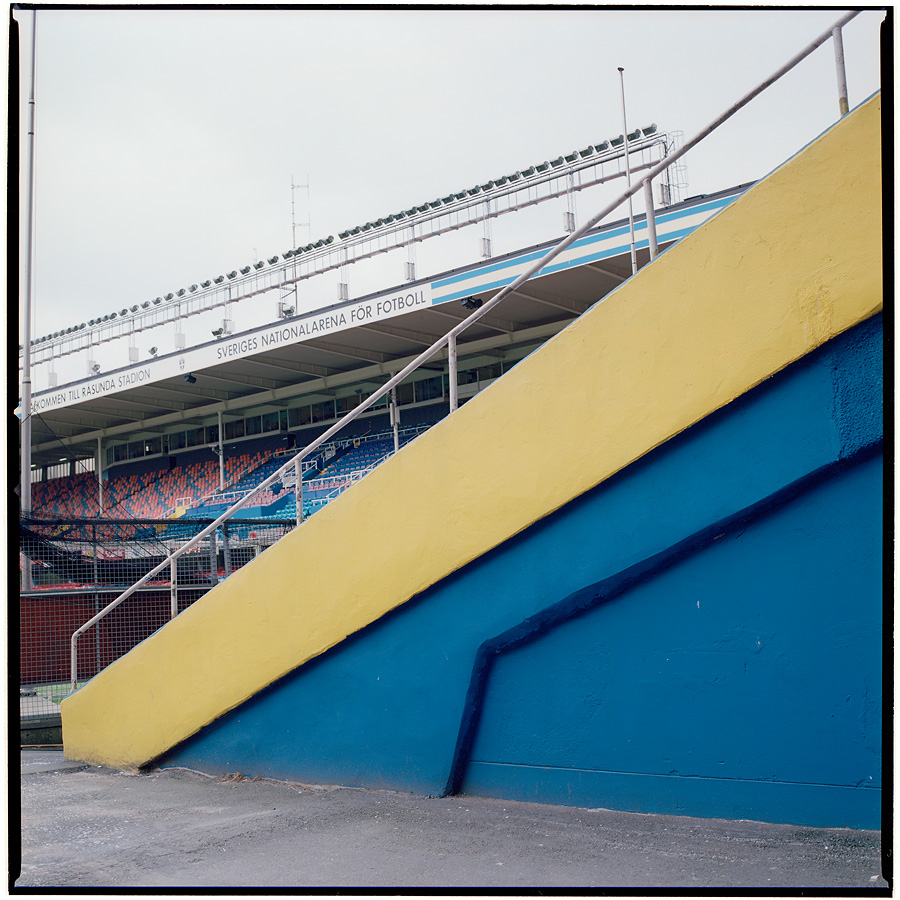 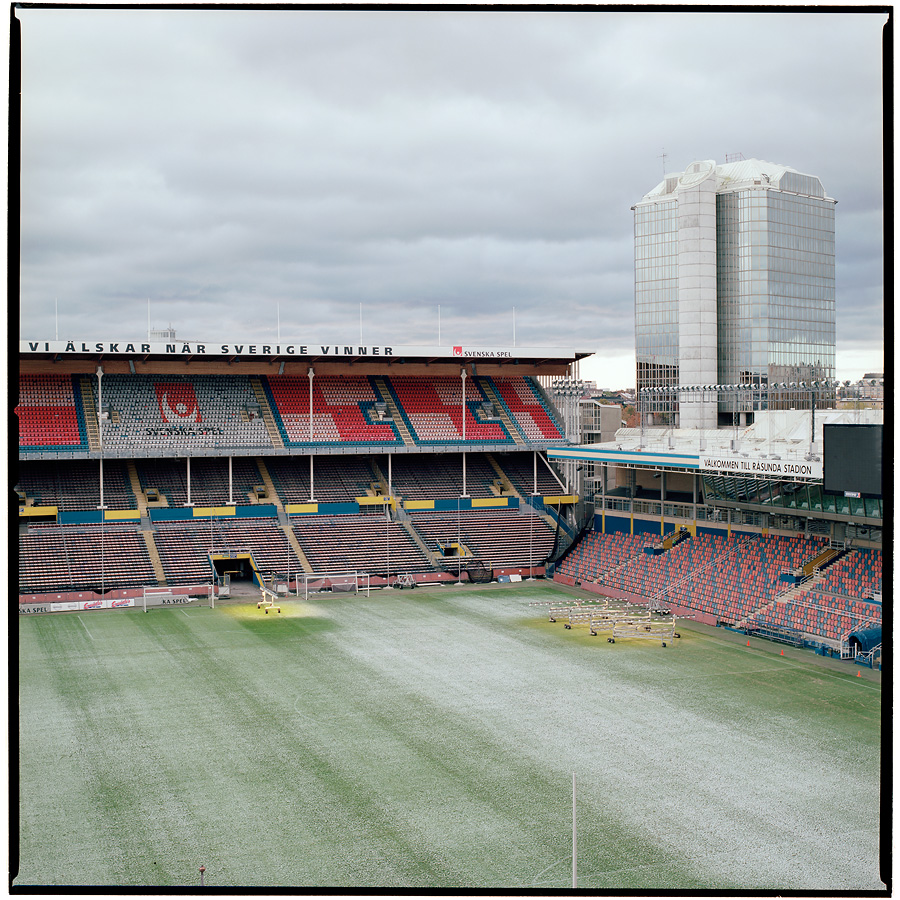 South side. The so called Dallas house to the right.
October 2012. 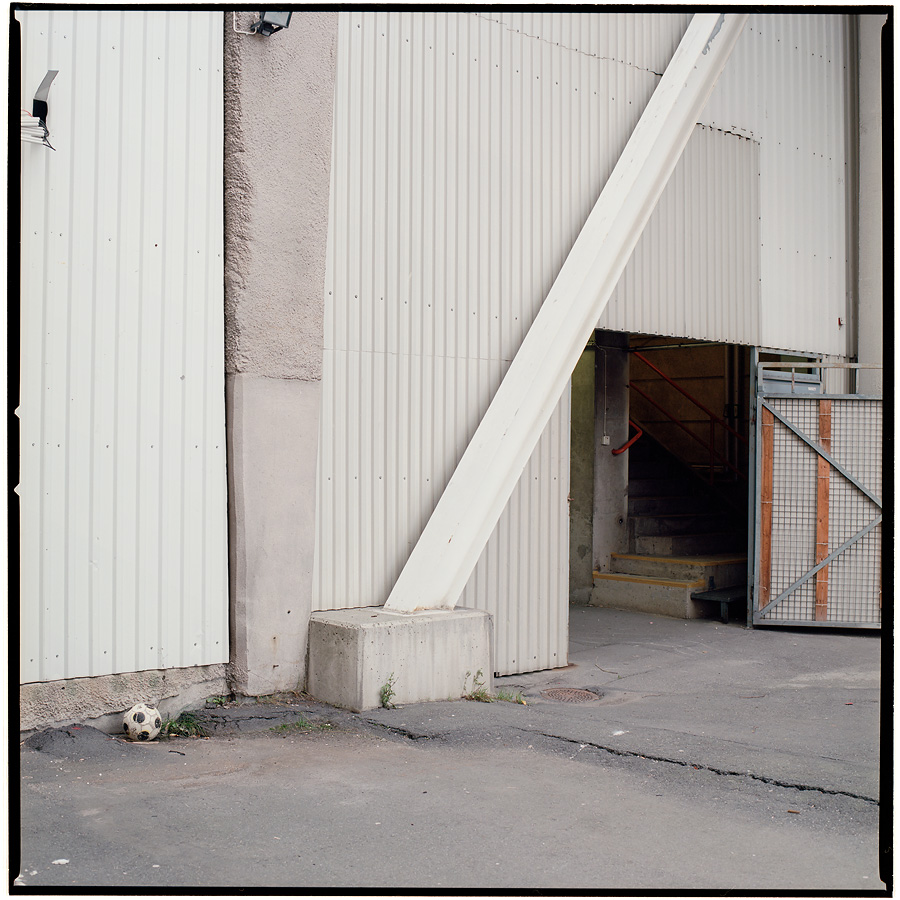 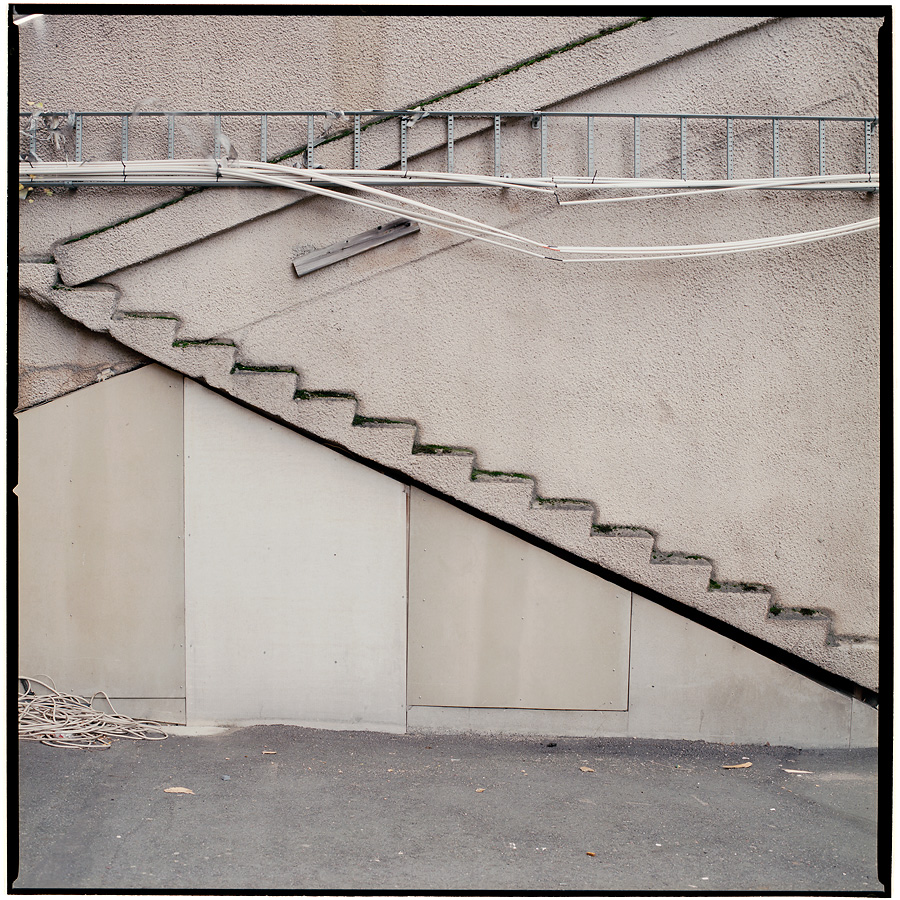 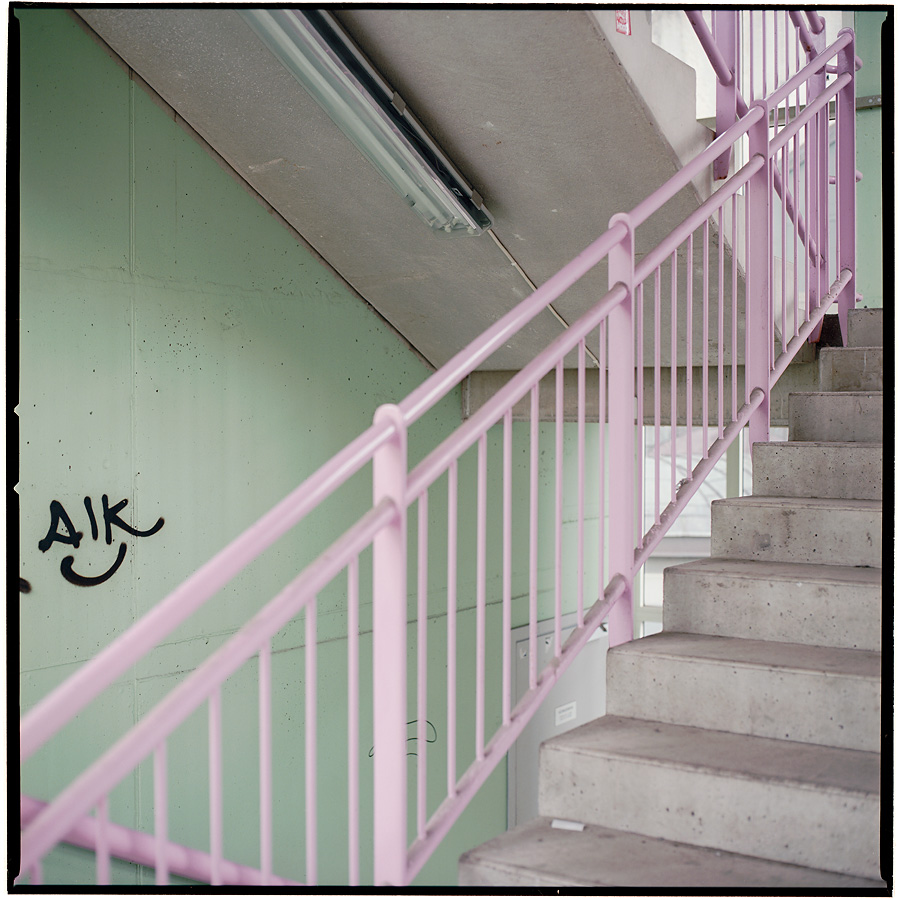 Stairway on the north side, with decoration.
October 2012. 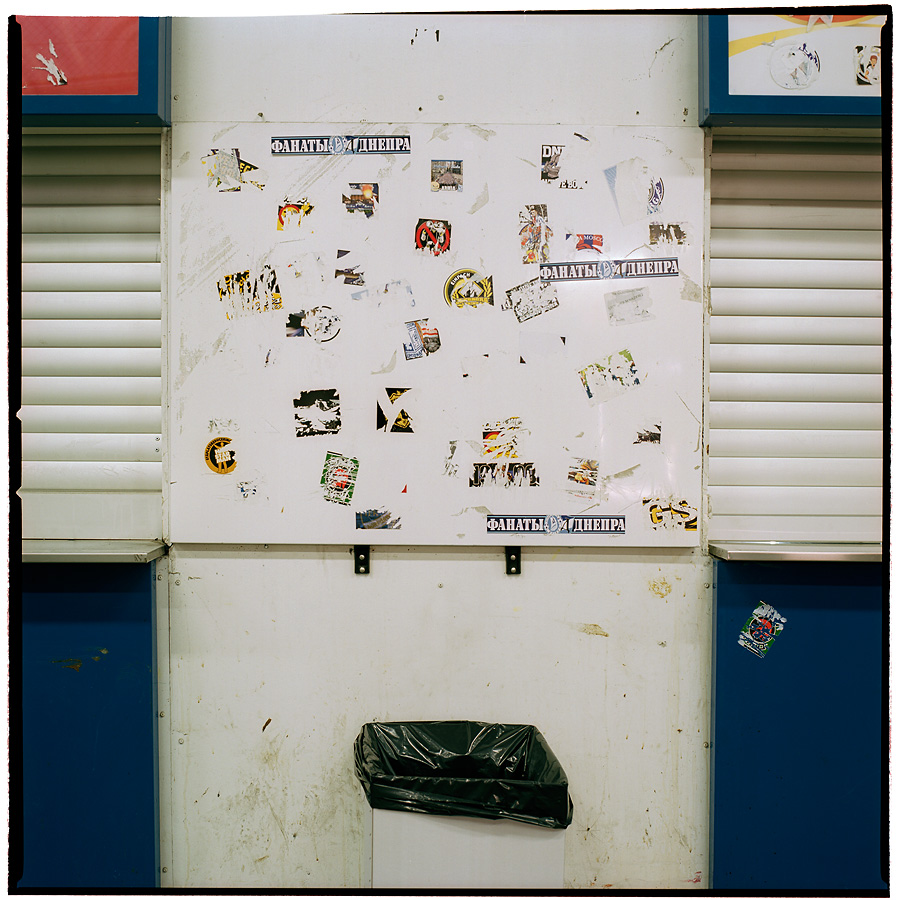 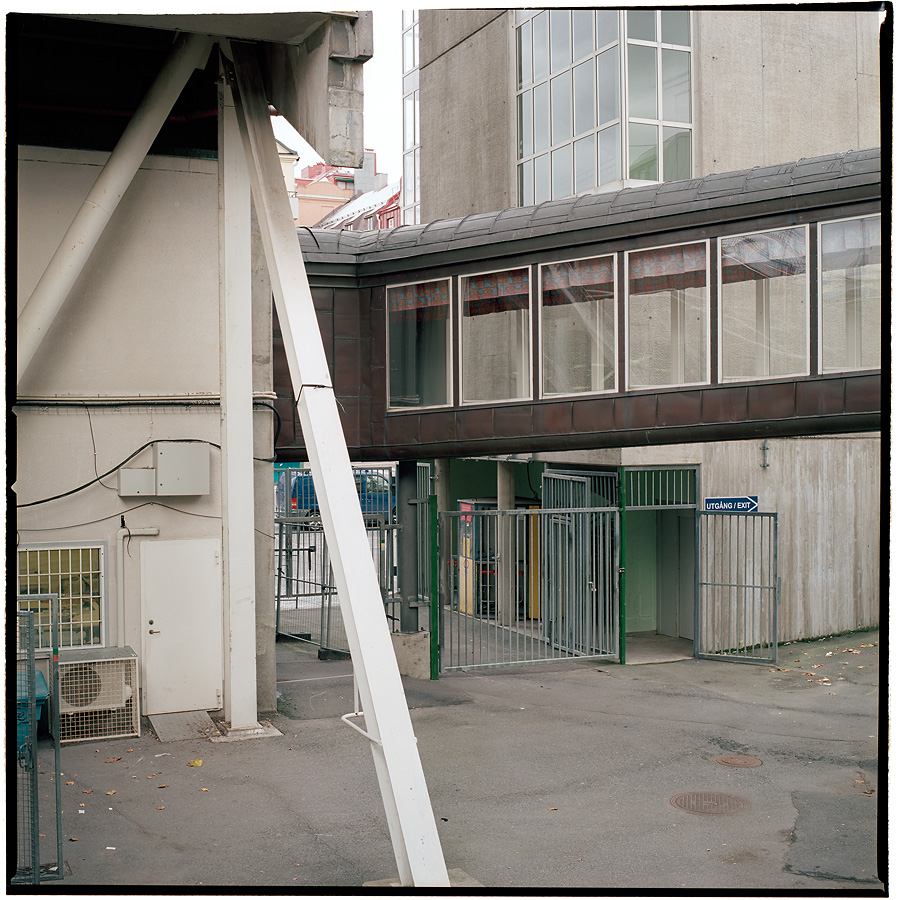 Elevated passage between the east and the north.
October 2012. 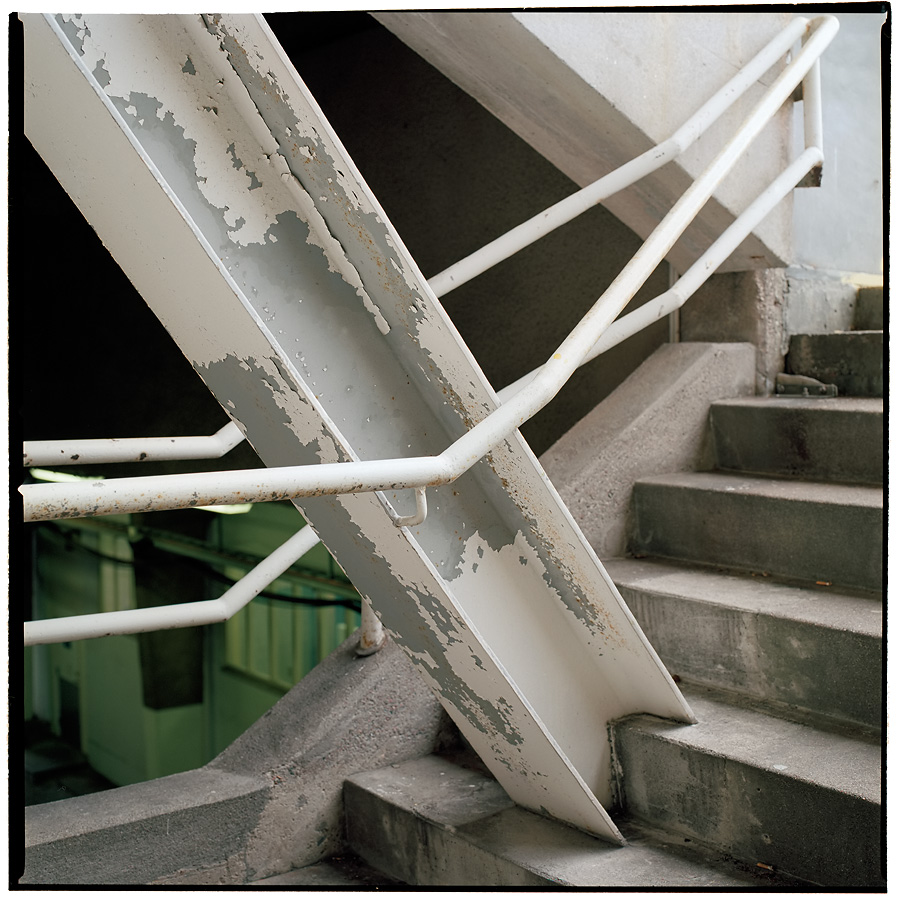 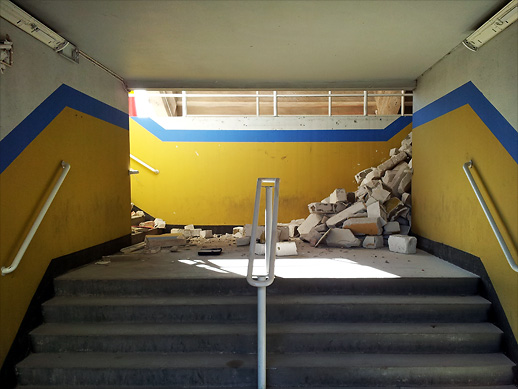 The demolition has begun.
March 2013. 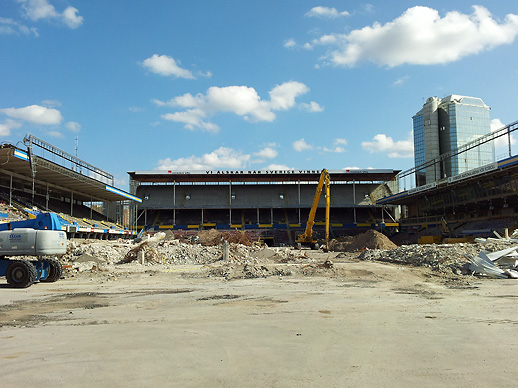 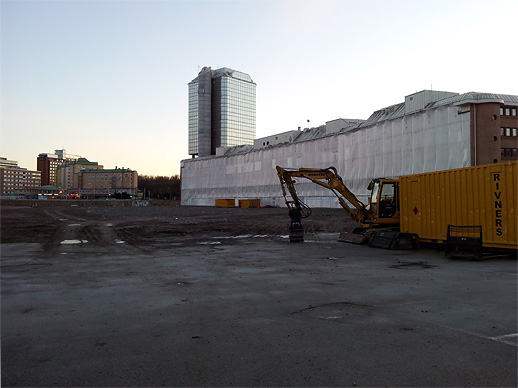 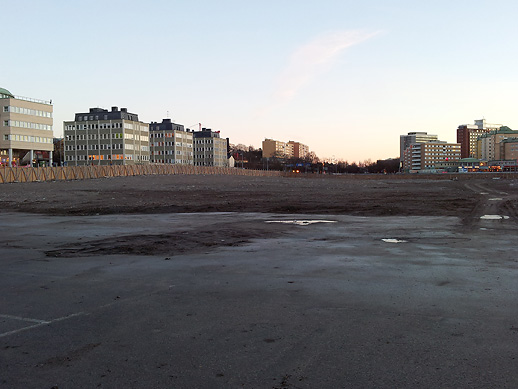 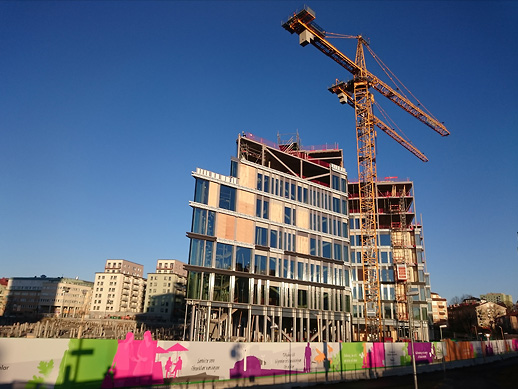 With kind assistance from the crew mounting the commercial banners I got a chance to peek inside prior to the very last games. The arena was in use between 1937 and 2012 and the home of the Solna soccer team AIK. Originally a rather quaint sports field it was extended and added on to several times during its long life. The arena was completely demolished during 2013.

While I'm no soccer aficionado the Råsunda Stadium is an icon in its own right. The way it was constructed in small steps throughout its lifetime makes it a fascinating structure, especially from the inside where traces of these steps were still visible.