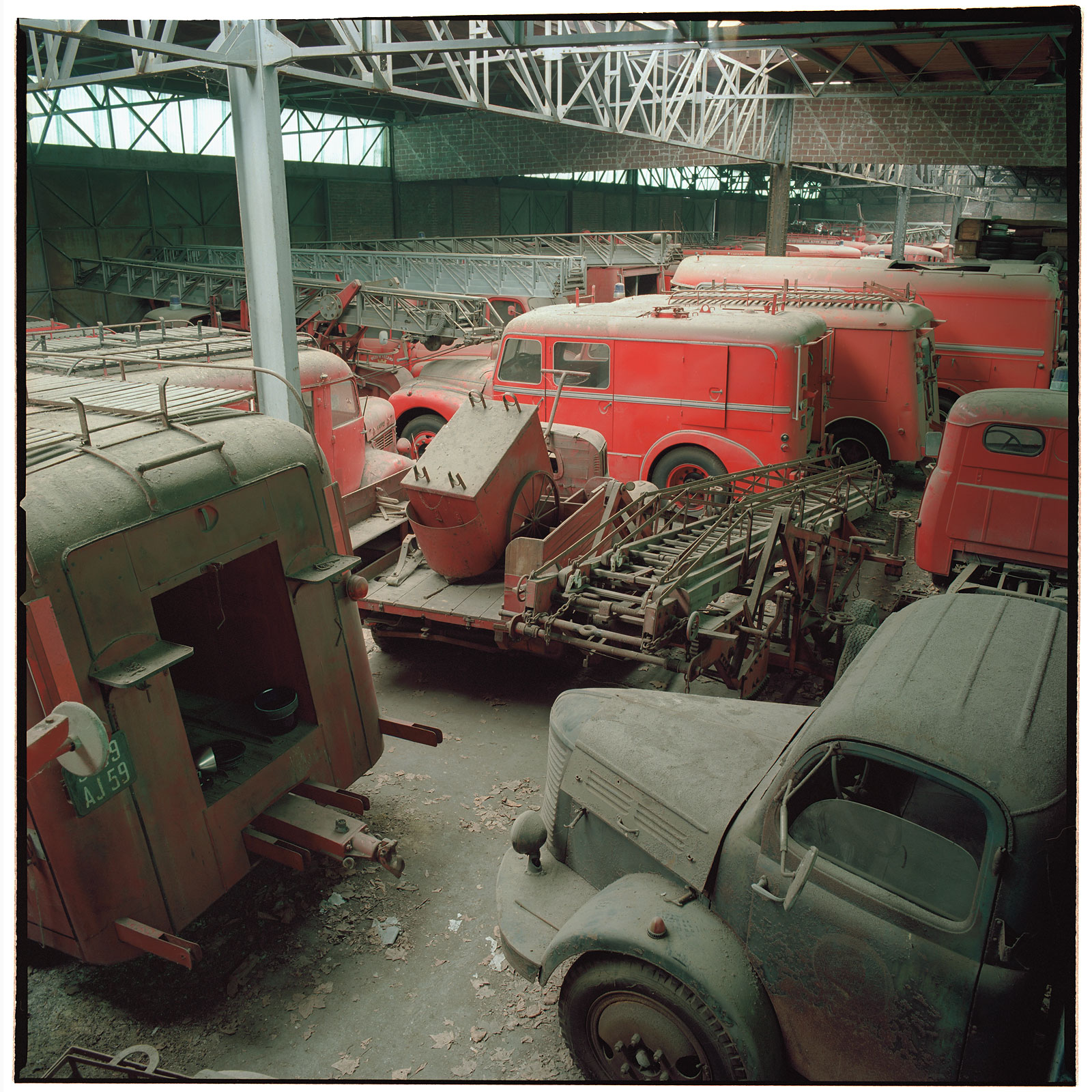 Not much parking space left in the old warehouse. 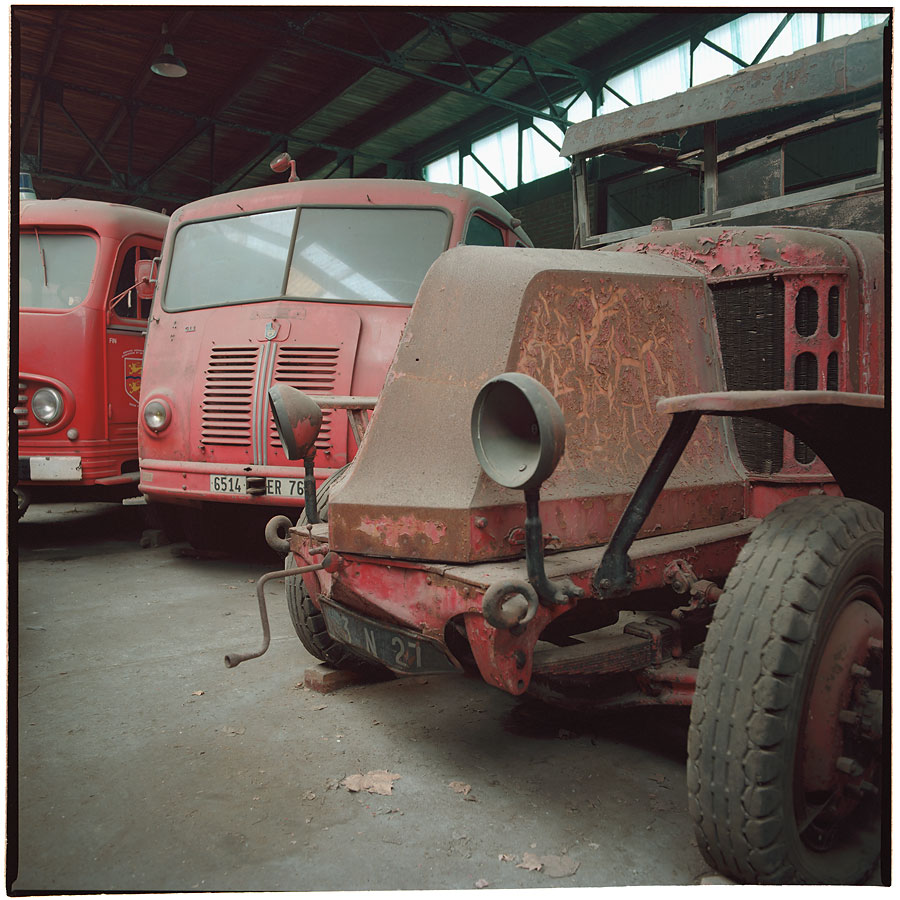 This crank starter one ought to be among the older trucks in the collection. 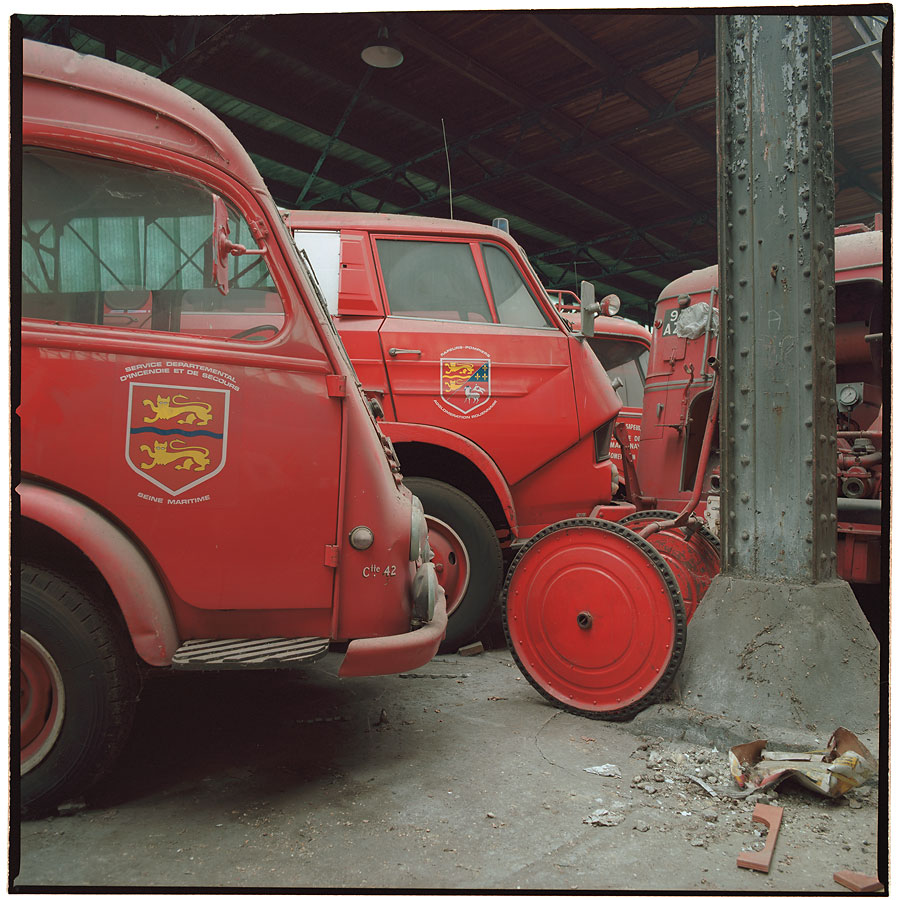 I want that Seine Maritime logo on a t-shirt. 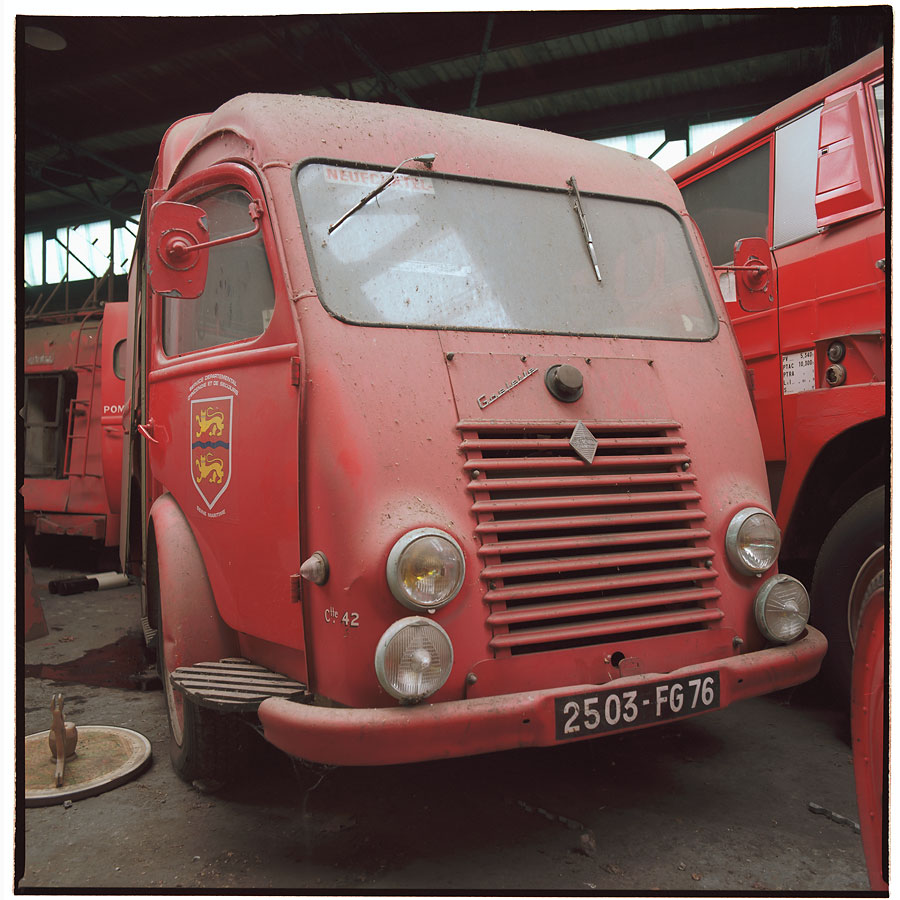 A Renault truck. The quirky distance measuring thingie(?) at the lower left.

Stretcher in front of a Citroën truck. 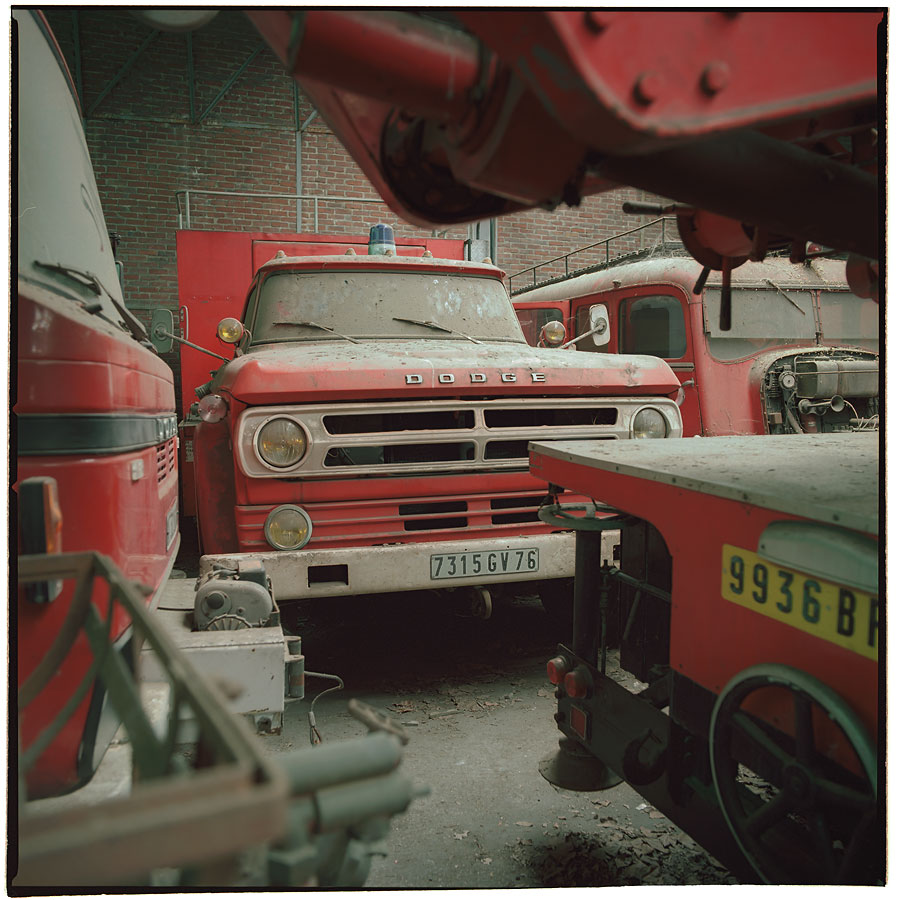 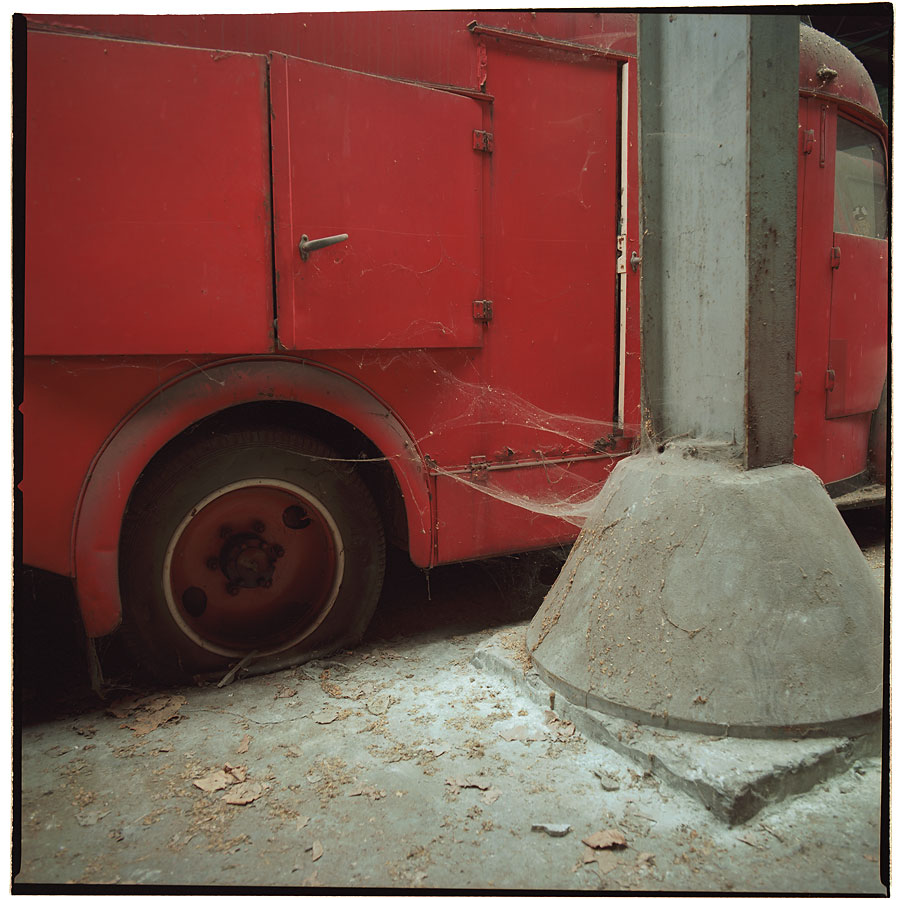 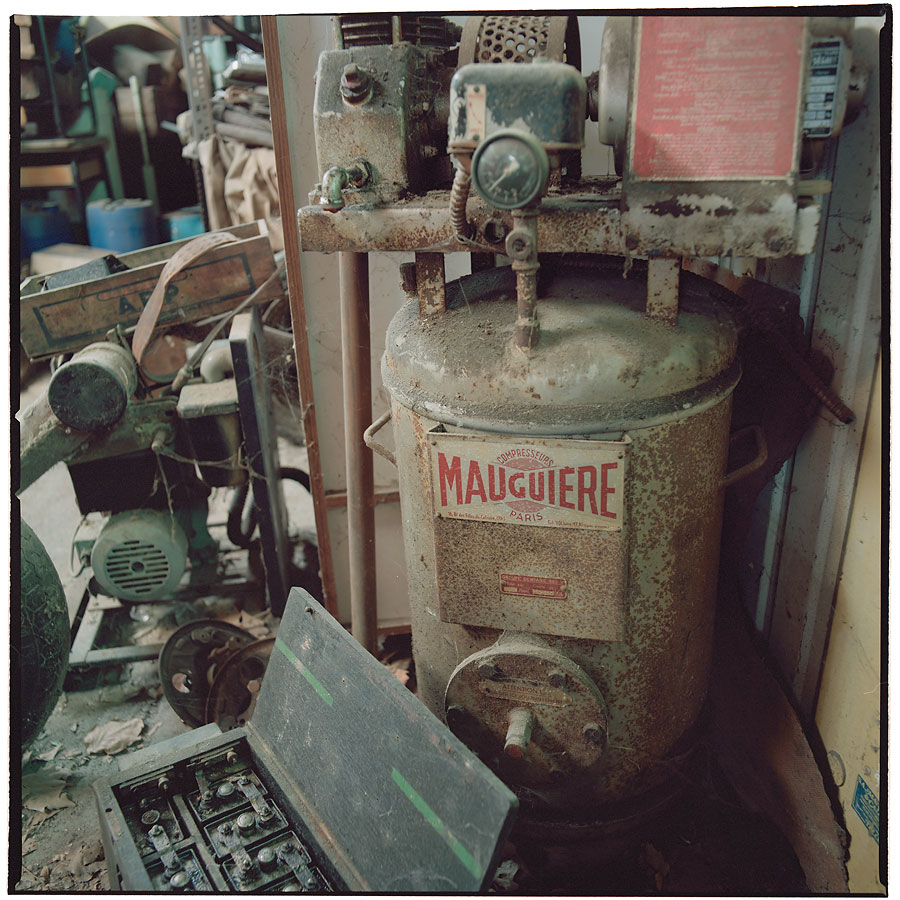 Maugiére compressor and an old battery in the workshop area. 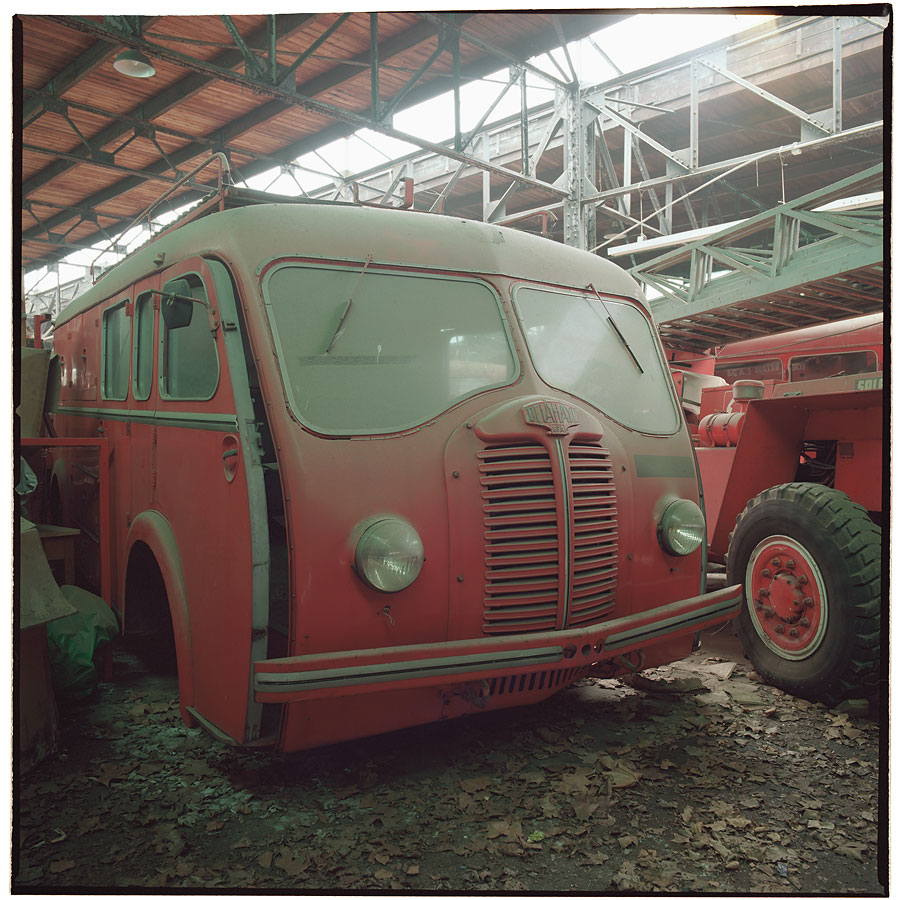 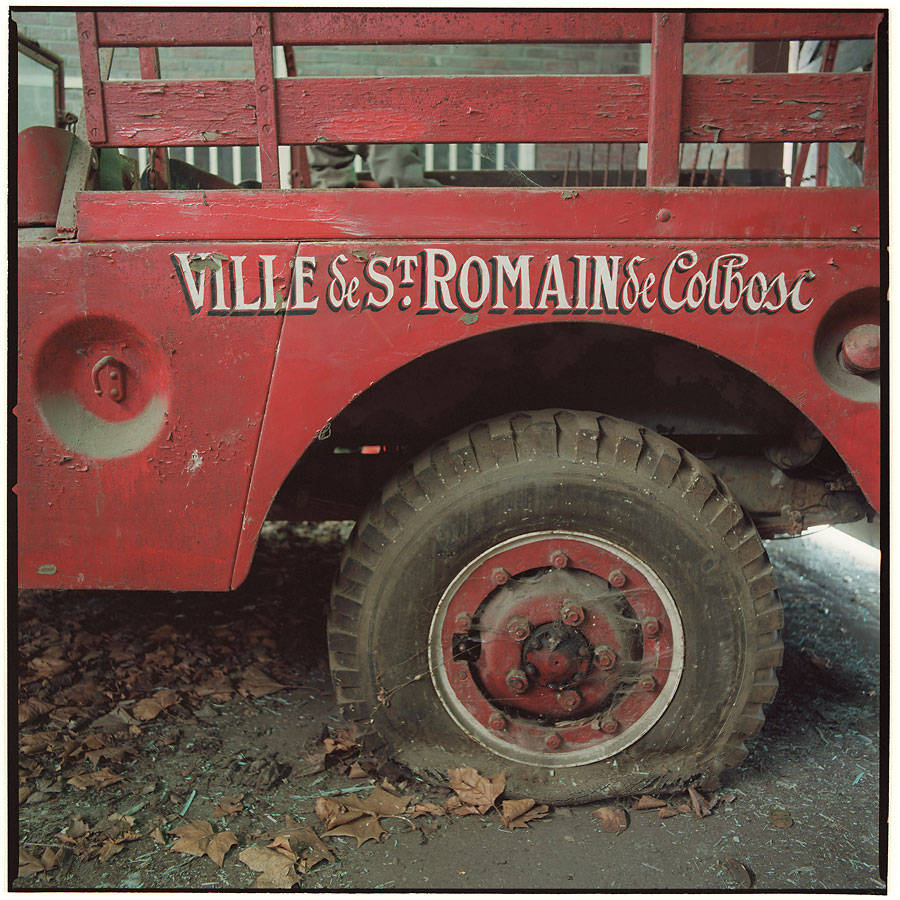 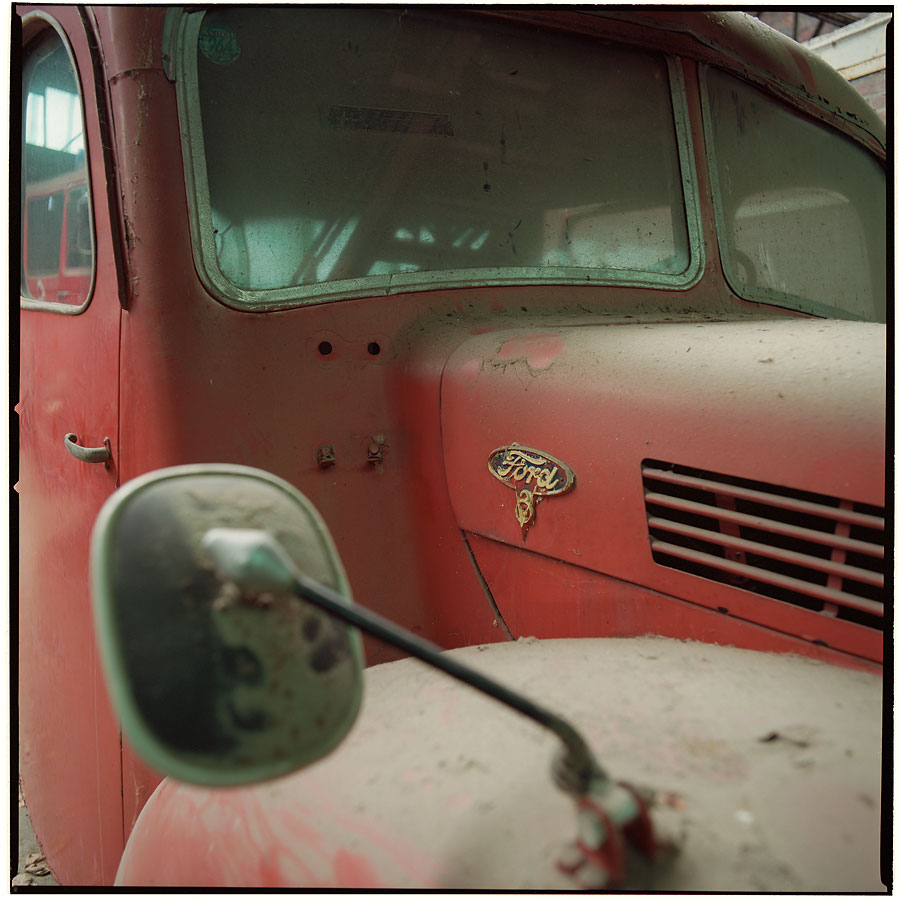 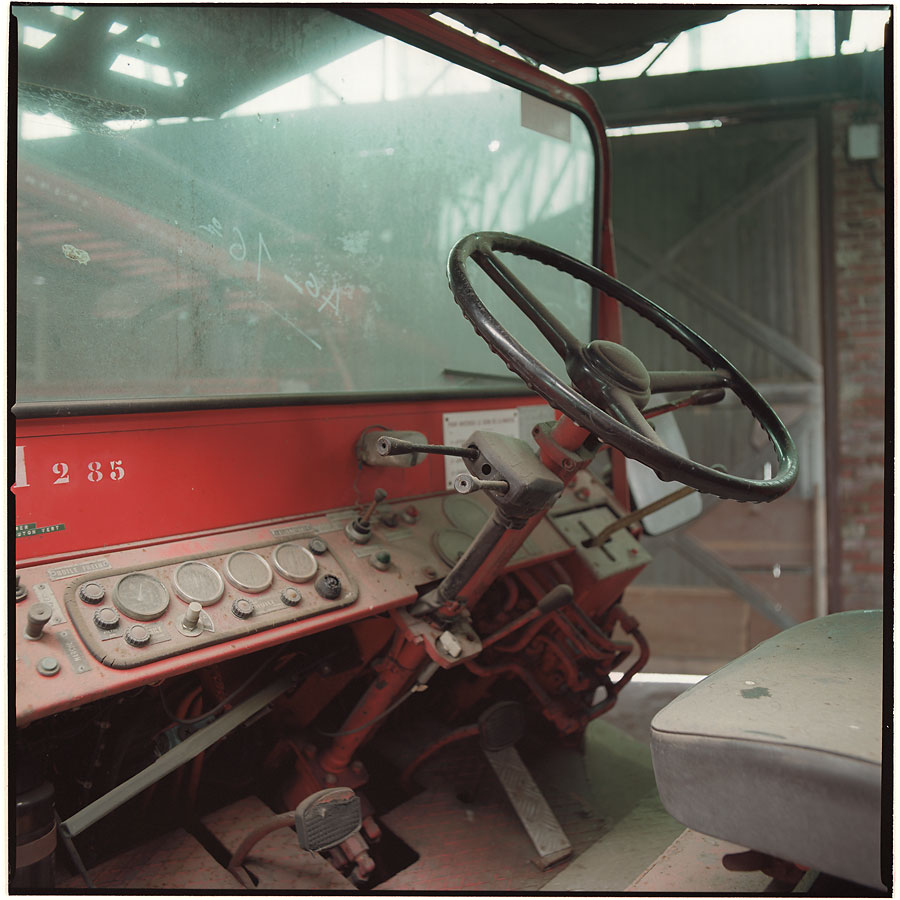 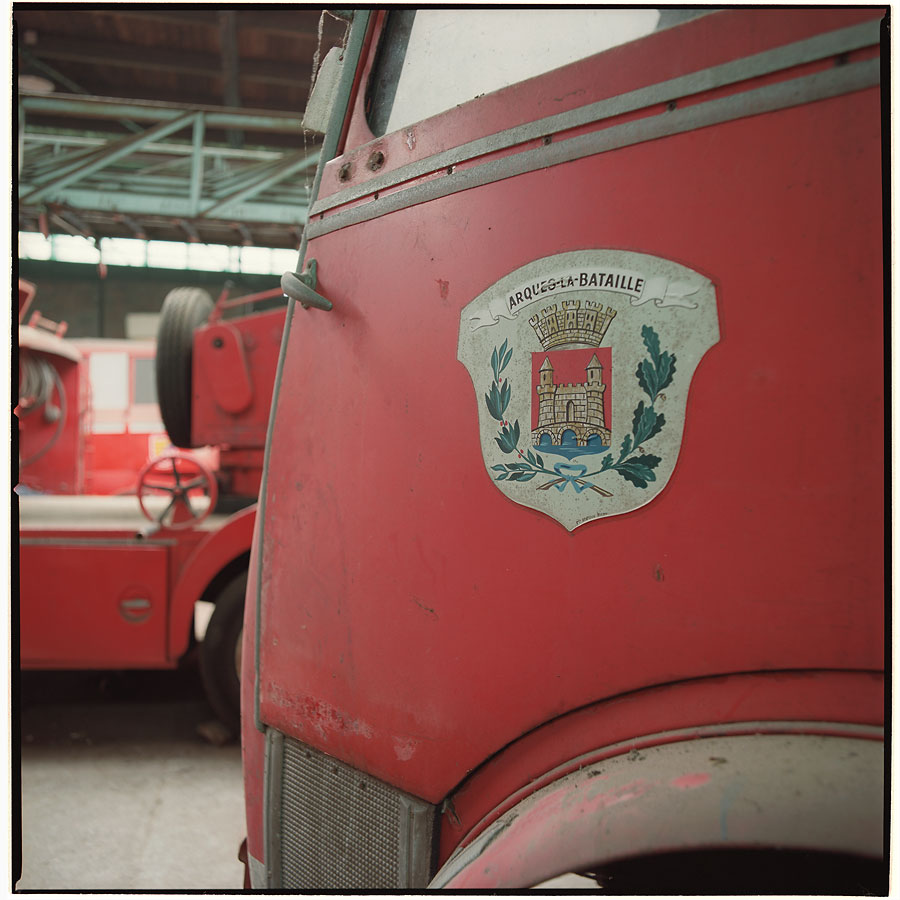 Arques-la-Bataille had a nicely hand painted symbol of the community on this truck. 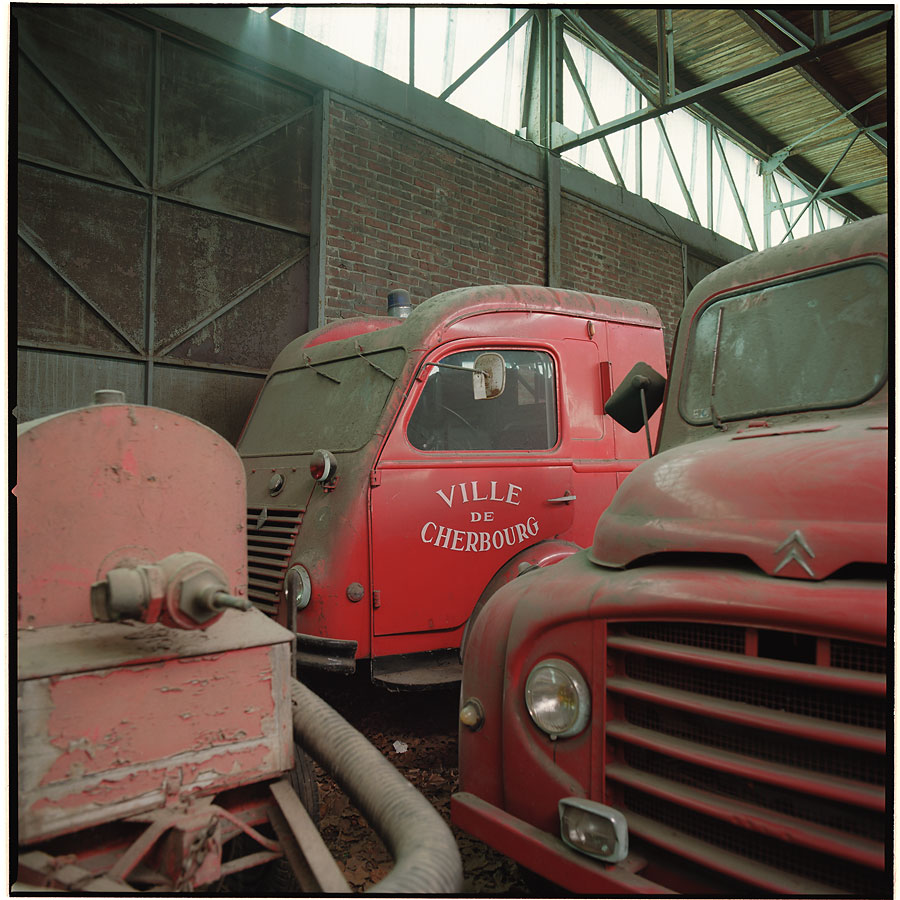 A Renault and a Citroën truck, hanging out. 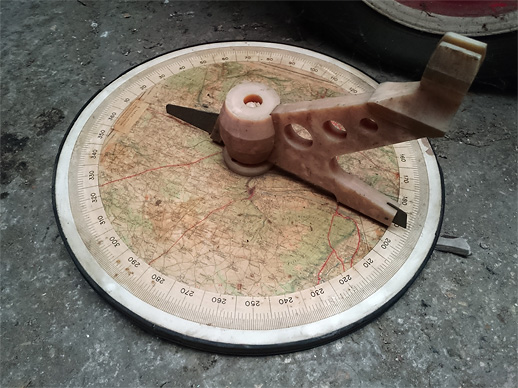 A kind of distance measuring thingie? 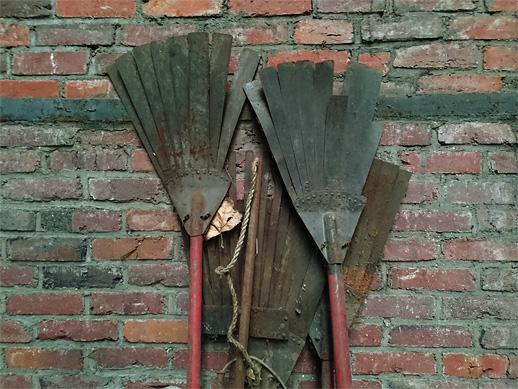 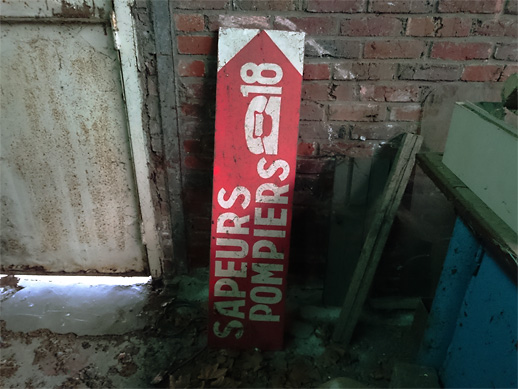 Before the days of the EU-standard emergency number, I guess.

Here be dusted over vintage fire trucks collected in a run down warehouse in the harbour of a fairly sized French city. The trucks are from the 1930s up until the 1970s. Mainly by French manufactures like Renault, Saviem, Peugeot and Citroën but also American ones from Ford and Dodge.

The story of this place seems to go something like this: It all began in the early 90s with fire departments around France wishing to let go of their old trucks in a controlled way. The aim is to gather the vintage vehicles in museums so they can be preserved properly and showed publicly. With some funding raised for the purpose they are sent off to various locations around France, with this warehouse being one of them. Some ten years later funding runs dry and even with help from a private organisation this place is closed down a couple of years later. And so it remains until it's eventually emptied at some point in late 2015 or early 2016. Quite possibly the warehouse itself is also gone when typing this. If you have any further information, please let me know. 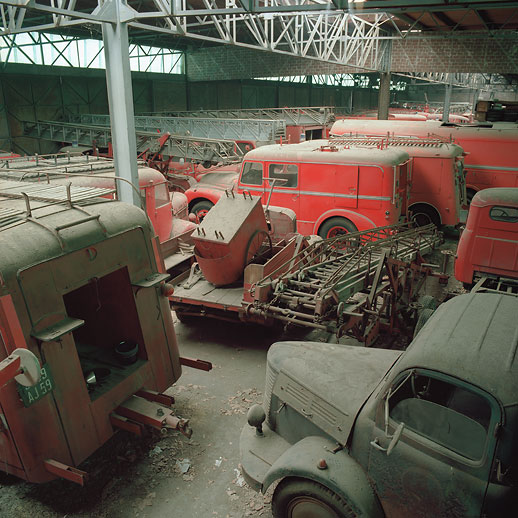 Brandbilsgaraget was among the selected works for the ASKA.nu anniversary exhibition.

This print is still available.